In the 10th round of the Ukrainian League, the Orange-and-Blacks are taking on Zorya Luhansk. We bring you the game preview

October 2, Zaporizhya, Slavutych Arena, 17:00 Live broadcast on Futbol 1 TV channel
Before the match
In the round’s central match, the two sides sitting in the top two spots will meet. Shakhtar are five points ahead of Zorya, being the only team who have kept clean sheets in the current league season.
On Thursday, Donetsk and Luhansk had Europa League games. The Pitmen beat Braga 2-0, with Zorya suffering a 1-0 away defeat to Manchester United.
After being suspended, Fred reappears for the Orange-and-Blacks.
Referee – Mykola Balakin (Kyiv oblast) Assistant referees – Serhiy Bekker (Kharkiv), Natalya Rachynska (Kyiv) Fourth official – Yuriy Vaks (Khmelnytskyi) Referee observer– Orest Shmyhelskyi (Lviv) 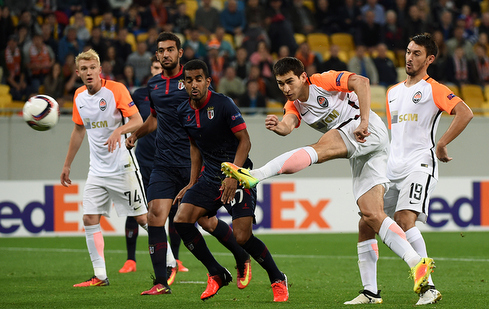 On Thursday, Donetsk had Europa League game. The Pitmen beat Braga 2-0
Opponents
After beating Dynamo away, Zorya are one point ahead of the Kyiv side. Luhansk have won a total of 6 games this league season, with two draws and one defeat (at the hands of Dnipro in the 6th round).
Last weekend, the charges of Yuriy Vernydub beat Vorskla 2-1. The team’s top scorers in the current season are Oleksandr Karavayev (4 goals) and Željko Ljubenović (3).
Zorya players on loan from Shakhtar will not be able to play in the upcoming meeting.
Tickets and media accreditation
You can buy tickets for the match online, at the Slavutych-Arena ticket office, as well as at the ticketing outlets of the concert production agency Musin.Art.Grupp in Zaporizhya and the Oblast.
Accreditation passes for Shakhtar’s 2016/17 home games are valid for media representatives. Additional applications can be mailed to [email protected] through October 1.
Match background
The teams had a total of 28 meetings in the domestic league. Shakhtar won 24 times, Zorya claimed four wins. The goal difference is 77-15.
The Donetsk team won 11 out of 14 home games. Another three were successful for Luhansk. The goal difference is 34-8 in favour of the Pitmen. 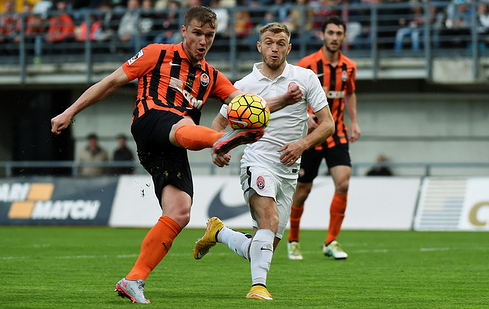