In the 23rd round of the youth premiership, Shakhtar played away versus Zorya

Championship U21. The 23rd round.
April 1, 2017. Zaporizhzhya. Torpedo stadium. Att: 150. 12oC.
Zorya U21 (Luhansk) 0-3 (0-1) Shakhtar U21 (Donetsk)
Goals: 0-1 Ihnatenko (38), 0-2 Hlahola (65), 0-3 Yalovenko (74)
Zorya: Chuvaiev, Safihanov, Avramenko, Shershen, Kravchenko, Nechyporenko, Yarmash (c) (Suhomlyn, 77), Terzi, Kachavenda, Belousov, Yemets (Maiboroda, 33)
Unused sub: Herasymenko
Head coach: Volodymyr Mykytin
Shakhtar: Kudryk, Kiryukhantsev, Sahutkin (Masalov, 84), Kacharaba, Kornienko, Hlushchuk (Korobenko, 82), Ihnatenko, Pikhalyonok (c), Yalovenko , Hlahola (Topalov, 75), Arendaruk (Arabidze, 77)
Unused subs: Grytsenko, Hrachov, Zinkevych
Head coach: Valeriy Kryventsov
Booked: Kachavenda (80)
Referee: Anatolii Zhabchenko (Khmelnytskyi)
Before the match
The contenders meet for the third time this season. In the first round game, the Pitmen beat the Luhansk side (2-0), with the recent clash in March ending in a draw (0-0). Shakhtar rounded off the opening stage of the domestic league with a victory over Olimpik to continue to vie for gold medals, ranking second in the table (49 points). Zorya stay on the fifth spot (29 points), preserving theoretical chances of getting on top three. In the Donetsk side’s starting line-up, serving one-match ban Valerii Bondar was replaced by Danylo Sahutkin, as Oleh Kudryk took the place in the goal, with Oleksandr Hlahola coming out to operate on the right flank of the attacking line.
First half
Shakhtar dominated the early stages of the game, but failed to implement considerable territorial advantage into moments of danger for a long time. The first chance came their way only in the 18th minute: after playing a corner, Yurii Hlushchuk connected with the ball on the edge of the penalty area to hit over the crossbar from the tight angle. But if in the previous game the Pitmen had not converted a dozen of opportunities they created, today Valeriy Kryventsov’s team managed to beat the bag out of the opportunities forged in the first half. First, Oleksandr Pikhalyonok bounced a free-kick onto the post, then he switched a cross from the left into the penalty area on 38 minutes, before Danylo Ihnatenko sliced his header into the far corner to make it 1-0. Before the break, the Orange-and-Blacks could double the score, however, the Luhansk team goalie contrived to deny efforts from Ihnatenko and Arendaruk. 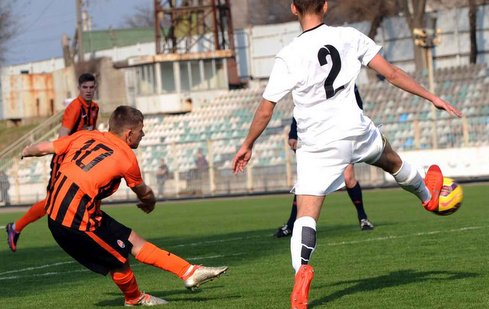 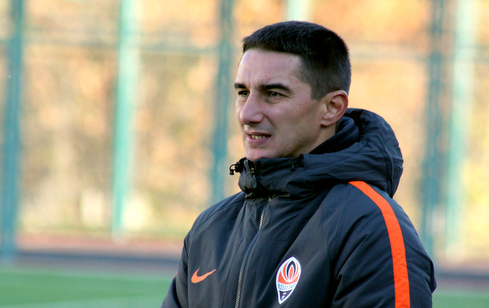 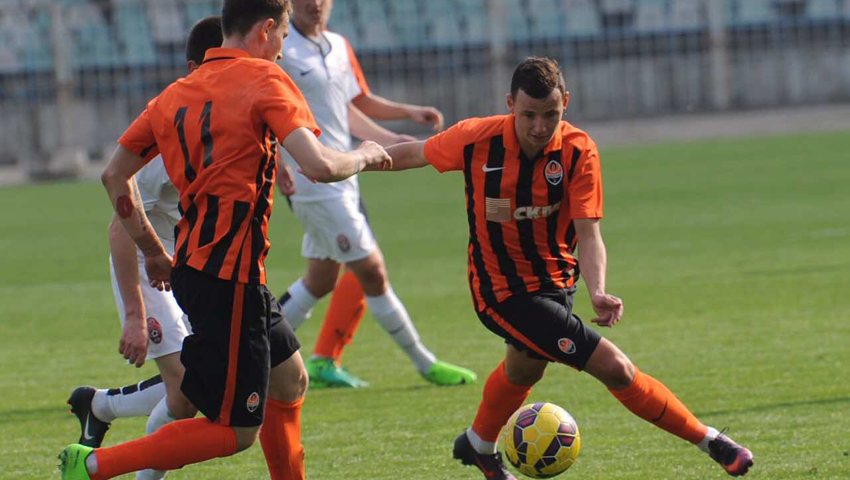 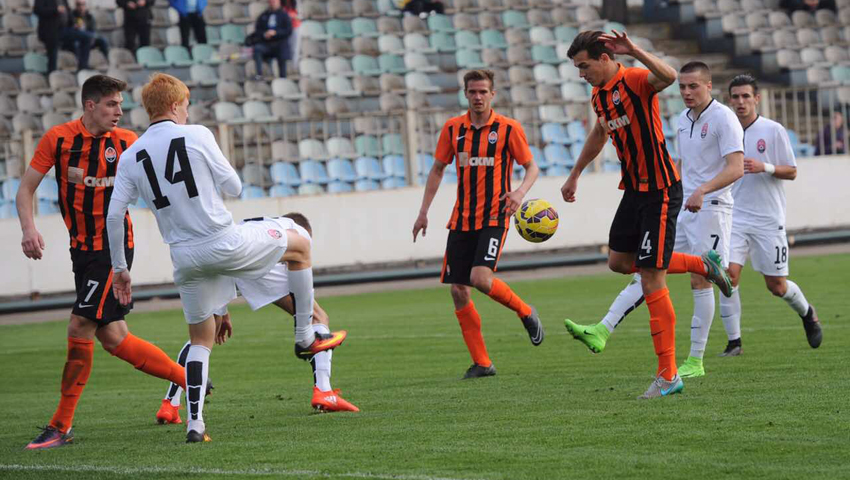 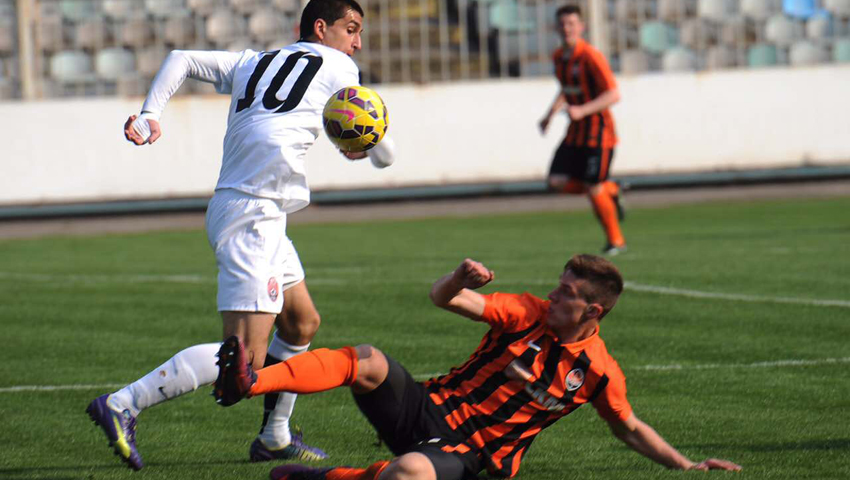 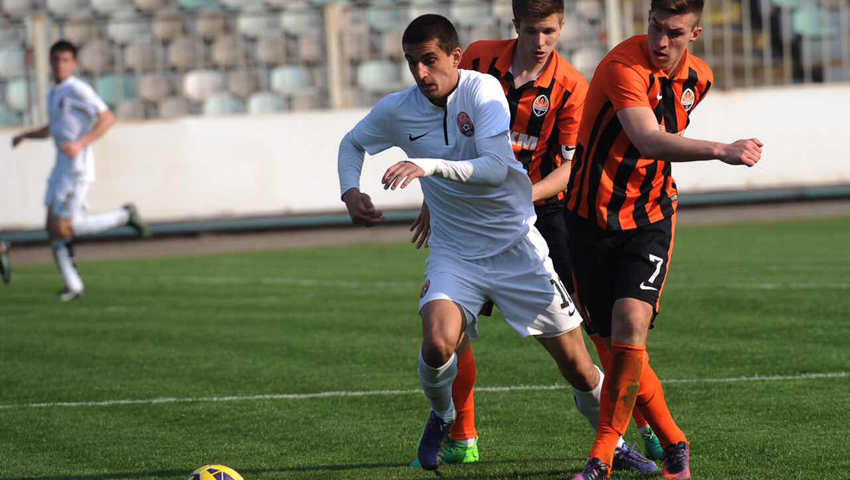 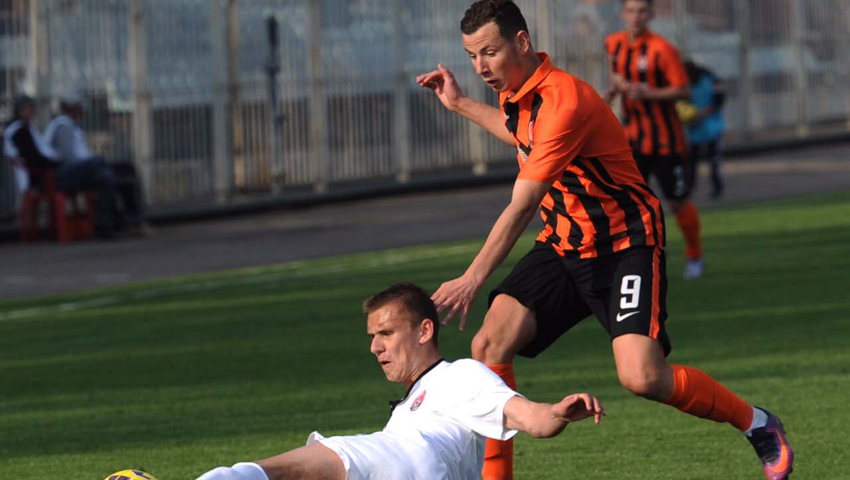 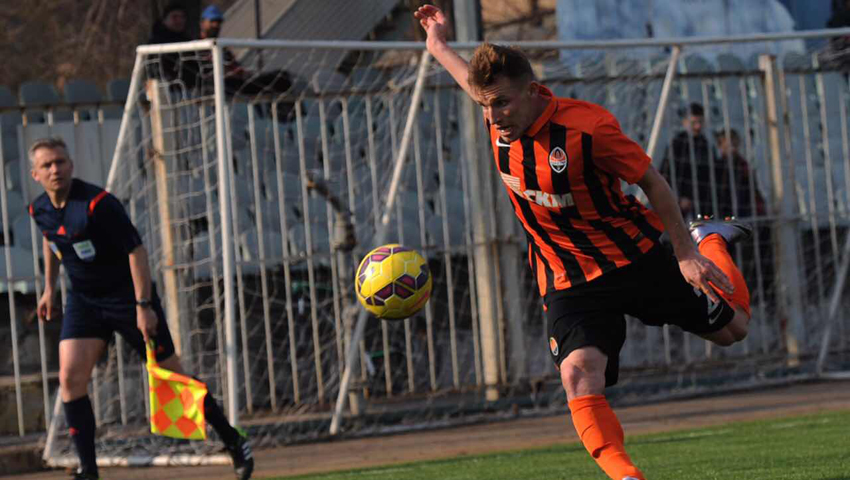 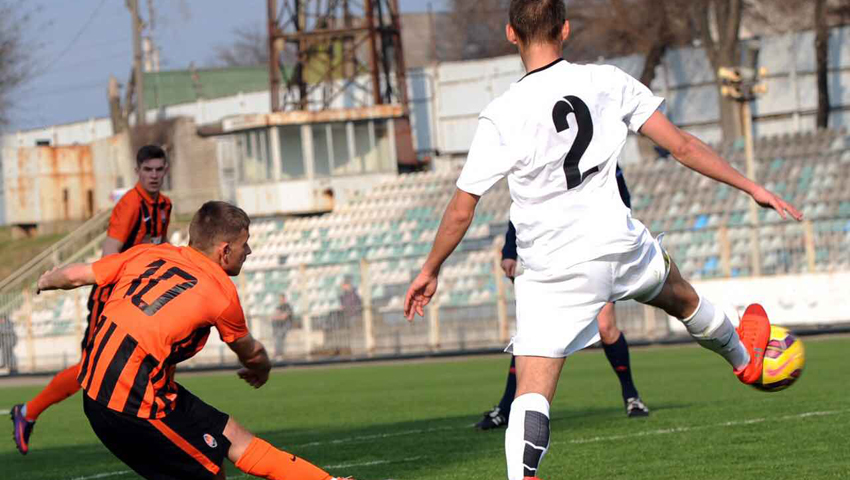 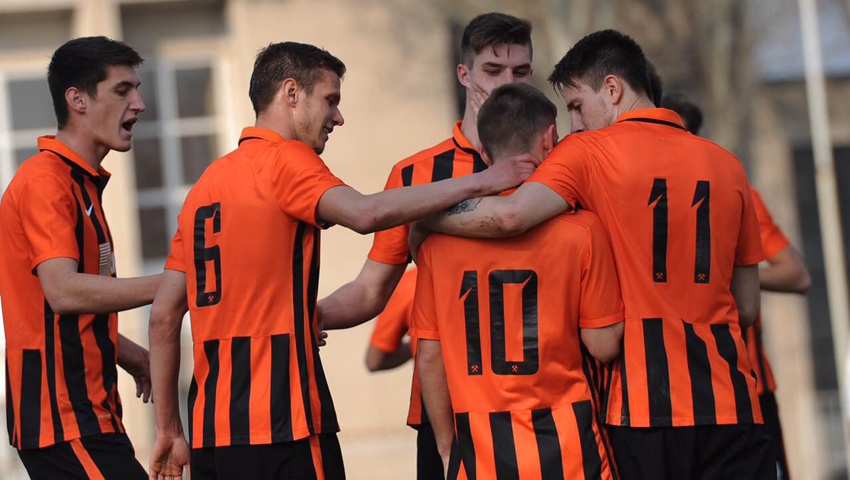 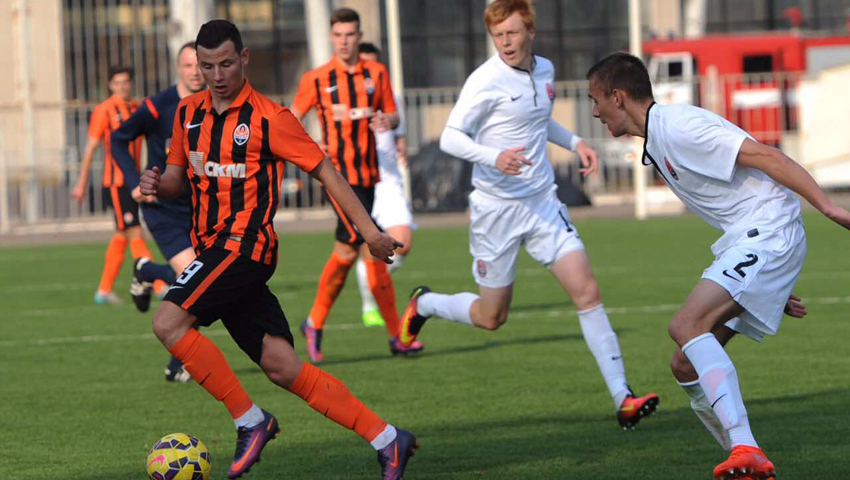 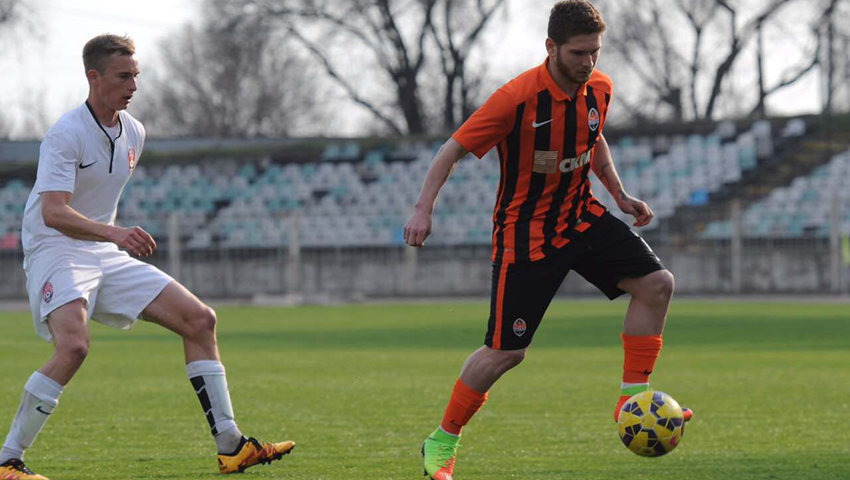 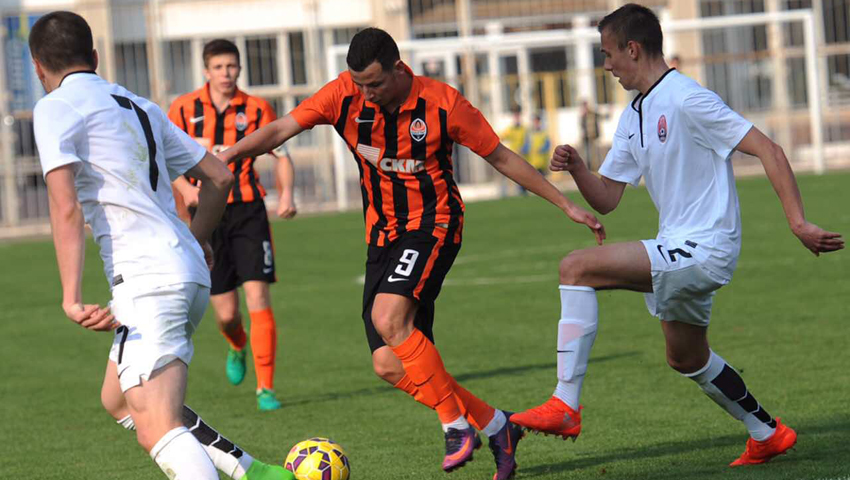 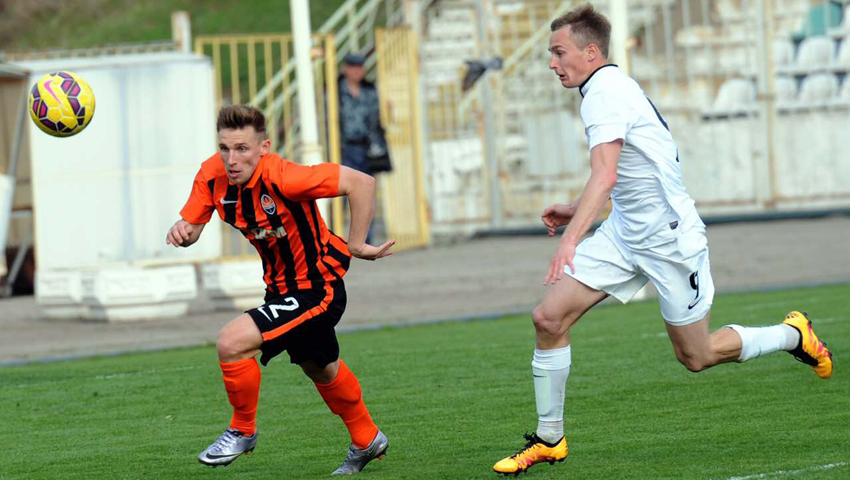