In the Ukrainian Cup semi-finals, the Pitmen will meet with Dnipro in Kharkiv. We bring you a traditional preview

April 26, Kharkiv, OSC Metalist, 20:00 Live broadcast on Futbol 1 TV channel
Before the match
On the morning of April 25, the Pitmen conducted another training session in Vorzel. We want to note that Bernard has returned to the general group. This evening, the Orange-and-Blacks will go to Kharkiv for the domestic Cup semi-final.
Shakhtar have been training in a good mood after defeating Dynamo in the league. At the post-match press conference, Paulo Fonseca noted that he has a lot of respect for Dnipro, who showcase spectacular football. Today, the Pitmen are fully focused on the cup match against the opponents who have not lost since last November. 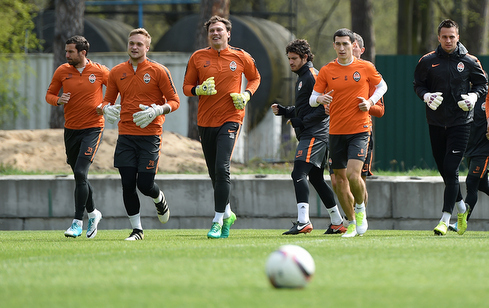 On the morning of April 25, the Pitmen conducted another training session in Vorzel. Shakhtar have been training in a good mood after defeating Dynamo in the league
Referee – Oleksandr Derdo (Chornomorsk) Assistant referees – Leonid Yarmolynskyi (Kyiv), Oleksandr Kholodynskyi (Kharkiv Oblast) Fourth official – Ihor Paskhal (Kherson) Referee observer – Ihor Khiblin (Khmelnytskyi)
Opponents
Dnipro have produced an 11-game unbeaten run. The last team to beat Dmytro Mikhailenko's outfit were Shakhtar (on November 27, 2016). Immediately after that meeting, the Blue-White-Azures defeated Vorskla in the quarter-finals (1-0 thanks to the goal by Denys Balaniuk), then beat Zorya in the league (3-2) and nicked points off Olimpik 1-1).
In the spring part of the season, Dnipro held 8 games. Six meetings ended in a draw. Already in April, the Pitmen’s opponents got three points in the games vs Zirka (1-0) and Vorskla (2-0).
Match background
The teams had a total of 15 meetings in the Ukrainian Cup. Shakhtar won 8 times, with Dnipro emerging victorious on two occasions and another 5 games ending in a draw. The goal difference is 24-10 in favour of the Pitmen.
Previous Cup meeting
On May 20, 2015, the encounter in Lviv was Dnipro’s final rehearsal before the Europa League final vs Sevilla. After the 1-0 first leg win at the Dnipro Arena, Shakhtar saw it through. However, the game was very difficult. In the 30th minute, Kalinic brought his team in front through the pass produced by Fedorchuk. The Pitmen created a number of chances, but Srna's attempt was parried away by Boiko, with Stepanenko hitting the crossbar and Marlos firing it inches off the post. 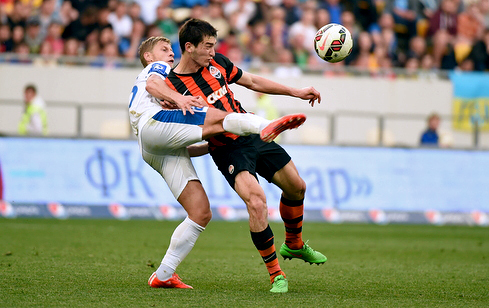 The Pitmen created a number of chances. Stepanenko hitting the crossbar
The decisive was the 77th minute, when Kankava pushed Gladkyy in the back using both hands in the penalty area, with Luiz Adriano converting the spot kick to make it 1-1.
Trivia
Shakhtar are ten-time Ukrainian Cup winners.
The Pitmen play Dnipro in the semi-finals for the sixth time.
Dentinho may make his 100th appearance for the Orange-and-Blacks.
Buy tickets for the match at the ticket office of OSC Metalist (from 9:00 until 20:00, no breaks), on shakhtar.com and the club’s partner sites.