In the Ukrainian Cup quarterfinal, the Pitmen will play Poltava away. We bring you the game preview

April 5, Poltava, Lokomotiv, 14:00 Live broadcast on Futbol 1 channel Before the match Two days after the league victory over Zorya, the charges of Paulo Fonseca will hold the postponed cup game. We want to remind you that the meeting with Poltava in late November last year did not take place due to the frozen pitch of Lokomotiv stadium and the high risk of injury. In the Ukrainian Cup Round of 16, Shakhtar beat Oleksandriya 2-1. Stepanenko and Marlos scored goals for the Orange-and-Blacks. Poltava claimed a home win vs Karpaty with the same score (with Kovtun and Troyanovskyi scoring). 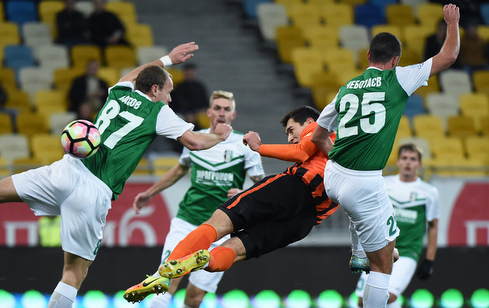 In the Ukrainian Cup Round of 16, Shakhtar beat Oleksandriya 2-1. Stepanenko and Marlos scored goals for the Orange-and-Blacks
Earlier in the tournament, Mykolayiv and Dnipro made it to the semifinals. Besides, in Akhtyrka on April 5, Neftyanik-Ukrnafta will compete with Dynamo. We want to remind you that in the 2016/17 season, the teams have one meeting at every stage of the Cup. Referee – Kateryna Monzul (Kharkiv) Assistant referees – Andrii Skrypka (Kropivnytskyi), Volodymyr Volodin (Kherson) Fourth official – Anatolii Abdula (Kharkiv) Referee observer – Serhii Zadyran (Dnipro) Opponents Poltava are in the middle of the League One tournament table (10th place). In 2017, Yurii Yaroshenko’s men held three official meetings. Having defeated Obolon-Brovar (1-0) away, in the next round Shakhtar’s opponents lost to the leaders Illichivets at home (0-2). On March 31, in the 23rd round, Poltava claimed a narrow 1-0 win at Mykolayiv through the goal by Yevhen Troyanovskyi. Shakhtar graduates Vladyslav Nekhtiy and Vladyslav Nasybulin actively participated in the match: fouling on the latter led to awarding a set piece, from which they scored the winning goal. Match background Shakhtar and Poltava had three Ukrainian Cup meetings. The Pitmen won all of them with the aggregate goal difference of 11-2. 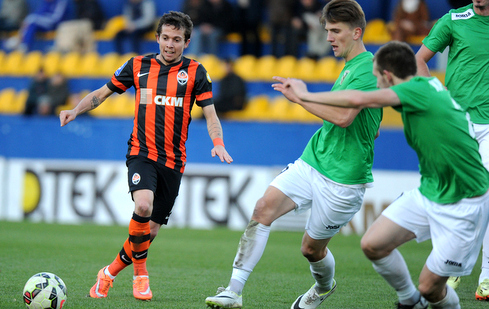