In the Premier League round 24, the Pitmen will face Chornomorets in Kharkiv. We bring you the match preview

April 9, Kharkiv, OSC Metalist, 17:00 Live broadcast on Futbol 1 TV channel Before the match With the Ukrainian Cup quarterfinal match being cancelled, the Donetsk side’s working week consisted exclusively of training sessions at the Sviatoshyn training facility. Dentinho returned to the general group. The Brazilian is in the final stage of recovery, however he will not play versus Chornomorets. Serving a ban Yaroslav Rakits'kyy is not going to participate in Sunday encounter. On April 7, Shakhtar conducted an open training session, in which the mentor Paulo Fonseca answered journalists’ questions. Midfielder Viktor Kovalenko noted that the Pitmen would try not to concede. Interestingly, that if the Orange-and-Blacks manage this, their winning streak in the games vs Chornomorets will reach nine home games in the Premier League. 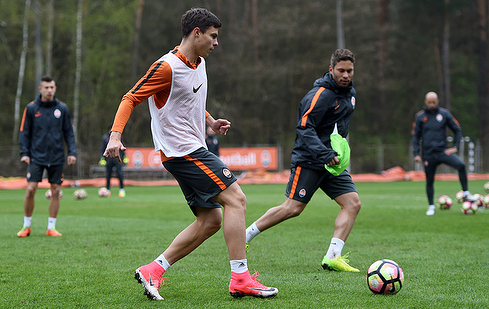 Chornomorets rank sixth falling 5 points behind Oleksandriya. The team score less than 1 goal per match on average, with the tally of 17 goals. This is next to the last performance indicator among all the Premier League teams (with Volyn having the poorest performance).

The Odessa side secured the only victory in 2017 throughout the first round after the winter break with a home win over Karpaty through a goal by Yevhen Smirnov. In four matches that followed, Oleksandr Babiych's men earned two points (after drawing with Dnipro and Olimpik, as well as suffering losses to Stal and Dynamo).

The opponents held 44 fixtures as part of the domestic league. Shakhtar won 32 of them, as Chornomorets claimed a victory 6 times, with 6 matches ending in a draw. The goal difference is 88-26.

The Pitmen sealed 19 victories in home games, lost twice and once were held to a draw. Goals difference is 51-6. 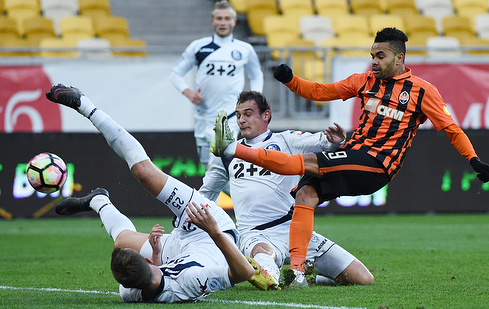 Soon, the top league team doubled the lead, as Dentinho sent his effort home after a low cross from Ismaily to make it 2-0

In the 13th round, the Odessa side produced an organized defensive performance up to the 24th minute, as Ferreyra took advantage of Kanevtsev's error and put the Orange-and-Blacks in front. Soon, the top league team doubled the lead, as Dentinho sent his effort home after a low cross from Ismaily to make it 2-0. Until the end of the game, Shakhtar had a number of clear-cut opportunities, but the score remained unchanged.

The Donetsk side's goal-scoring streak in the Premier League kicked off on August 28, 2015 and lasts for 43 matches (115 goals).

Gustavo Blanco Leschuk caught up with Facundo Ferreyra in the top scorer award race (with 9 goals under the belt off each of them).

Olexandr Kucher can register his 290th match for Shakhtar, with Viktor Kovalenko being able to make 80 apps.

In two meetings with Chornomorets, the Orange-and-Blacks put a seal on two home victories by the same score of 2-0.

Do not miss the opportunity to buy a seasonal ticket covering all the Pitmen’s home games as part of the title race at the OSC Metalist box office (from 9:00 to 20:00 without breaks) or online on shakhtar.com.

Be first to find out the line-up for the clash by subscribing to the FC Shakhtar channel on Telegram!