In the Premier League round 4, the Miners will host Mariupol in Kharkiv. We bring you the match preview

August 5, Kharkiv, OSC Metalist, 19:30 Live broadcast on Futbol 2 channel Before the match A week ago, the Orange-and-Blacks claimed a 2-1 come-from-behind victory at Stal (the Donetsk side responded to Kuzyka’s opener with goals from Taison and Blanco Leschuk). Fred came back into Shakhtar starting XI, who stressed after the match that fans would be able to see his best performance in the near future. Following three rounds, Paulo Fonseca’s men are coming second in the Premier League table. The outfit is gearing up for the encounter against Mariupol at the Sviatoshyn base. Ivan Ordets trains individually, as Maksym Malyshev is certain to miss out the game through the injury. 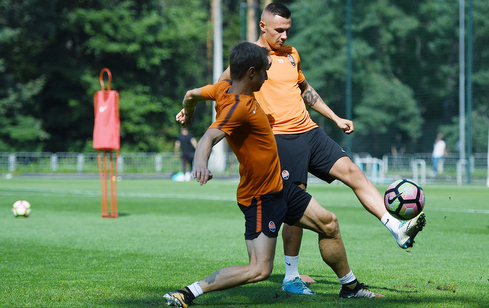 The outfit is gearing up for the encounter against Mariupol at the Sviatoshyn base
Referee - Mykola Balakin (Kyiv oblast) Assistant referees - Oleksandr Korniiko (Myrgorod), Igor Alyokhin (Khmelnytskyi) Fourth official - Sergii Berezka (Kyiv oblast) Referee observer – Volodymyr Petrov (Kharkiv) Opponents Mariupol returned to the Premier League after relegation at the end of the 2014/15 season. Then the Azov-based side played home games away to finish at the bottom of the top flight, having gained only 14 points. Oleksandr Sevidov took charge of the squad since last summer. Under his management, Mariupol confidently went through the 2016/17 season campaign in Ukraninian First League, holding the top spot of the table until the end of the season. The top scorer of the team was Ruslan Kysil (17 goals). Mariupol have not yet known the bitterness of defeat in the top division. Following a draw against Veres, the Donbas team gained another point in the duel against Zorya (1-1), and secured a 3-0 win at Chornomorets last weekend (courtesy of Sergii Vakulenko’s brace and a strike from Ruslan Fomin). Head-to-head record The counterparts hold 34 face-to-face fixtures in total. Shakhtar have 31 wins under their belt, with 3 other games ending in a draw. The goal difference is 89-23. The Donetsk squad emerged victorious 16 times home, being held to a draw only once. The goal difference is 47-10. 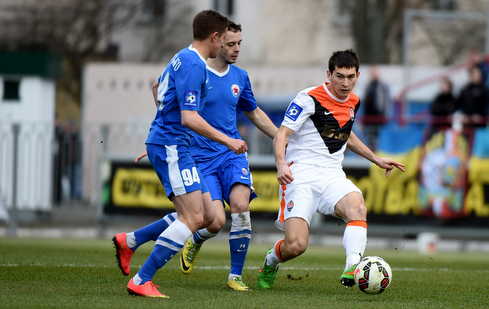