In the Premier League round 3, the Orange-and-Blacks will play Stal away. We bring you the traditional match preview

July 29, Dnipro, Meteor, 17:00 Live broadcast on Futbol 2 channel Before the match Shakhtar are preparing at the Sviatoshyn base for the meeting. Maksym Malyshev who has not recovered from the injury he had suffered in the Ukrainian Super Cup match, has still been training individually. 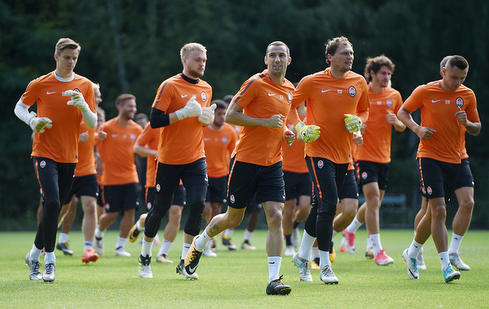 Shakhtar are preparing at the Sviatoshyn base for the meeting
Referee – Ivan Bondar (Kyiv) Assistant referees – Maksym Chertolyas (Kherson), Mykola Levko (Chernivtsi) Fourth official – Mykola Balakin (Kyiv oblast) Referee observer – Vitalii Hodulyan (Odesa)
Opponents
Stal got off to a flying start this new season. In two starting rounds, Eghishe Melikyan's team claimed two wins enjoying maximum points, going behind Dynamo only in terms of the goals scored.
In the first match of the season, the Kamyanske side beat Zorya through a stunning free-kick goal by Andrii Yakimiv. The Steelworkers spent the following round away again – this time in Odesa, they defeated Chornomorets with the same score (goal scored by Orest Kuzyk).
We want to remind you that in the second stage of the previous championship, Stal were performing among the bottom six sides eventually claiming the eighth spot, one point adrift of Vorskla.
Head-to-head record
The opponents met four times in the Ukrainian league. Shakhtar have three wins under the belt, with one more meeting ending in a draw. The goal difference is 8-3.
Stal’s pitch hosted two meetings. The first one saw a 3-3 draw, while the Donetsk side won 1-0 last season (Facundo Ferreyra, 78’).
Previous league meeting
December 4, 2016 saw the Miners bag one either side of the break. Paulo Fonseca’s men, as usual, had to break through the opponents’ tight defence. Towards 30 minutes, Marlos faced three defenders and was brought down in the penalty area only to convert the spot kick himself. 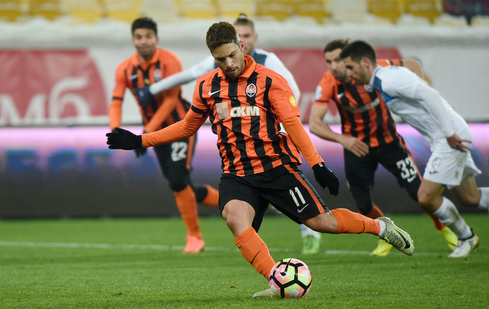 Towards 30 minutes, Marlos faced three defenders and was brought down in the penalty area only to convert the spot kick himself
After the break, Shakhtar also dominated it, which ultimately embodied in Taison's goal on 79 minutes to make it 2-0. Interesting fact The Orange-and-Blacks have amassed 4,597 competitive game goals over the entire history.