Dear fans! On June 19, they will start selling season tickets for Shakhtar's 2017/18 home fixtures in Kharkiv. We bring you the campaign stages

- the fan can retain his place in the stand or choose a new one which is not occupied by another season pass holder;

- you need to have the previous season ticket or your ID on you;

- to purchase a season ticket, you need to have an ID on you;

- the seats of the 2016/17 season ticket holders will remain booked until June 30, after which they will also go on general sale.

1. Discounts up to 20% on tickets and Champions League packages (Shakhtar are participants in the competition’s group stage).

2. Priority right to be the first to choose the best seats and buy tickets for all European club competition matches.

3. Possibility to purchase additional tickets for the Champions League.

4. Saving time and money when buying tickets for all the games in the Ukrainian League (up to 30% of the total ticket price).

5. Permanent seat in the stand of the OSC Metalist.

6. Discounts of up to 15% on the Fan Shop merchandise depending on the season ticket category.

7. Participation in the discount programme (bonuses for attending league games and progressive discount for the next season).

8. Staying in touch with FC Shakhtar, participation in all loyalty programmes and prompt informing ticket holders about important events.

You can buy season tickets:

Internally displaced persons are granted a 20% discount on Standard season tickets (only at the OSC Metalist ticket office upon producing a passport or an IDP certificate).

The stadium ticket office is open from 9:00 to 20:00. When purchasing a season ticket, the fan should produce their passport or driving licence and fill out a questionnaire. Call +38 044 498 13 88 for details.

We look forward to seeing you there! 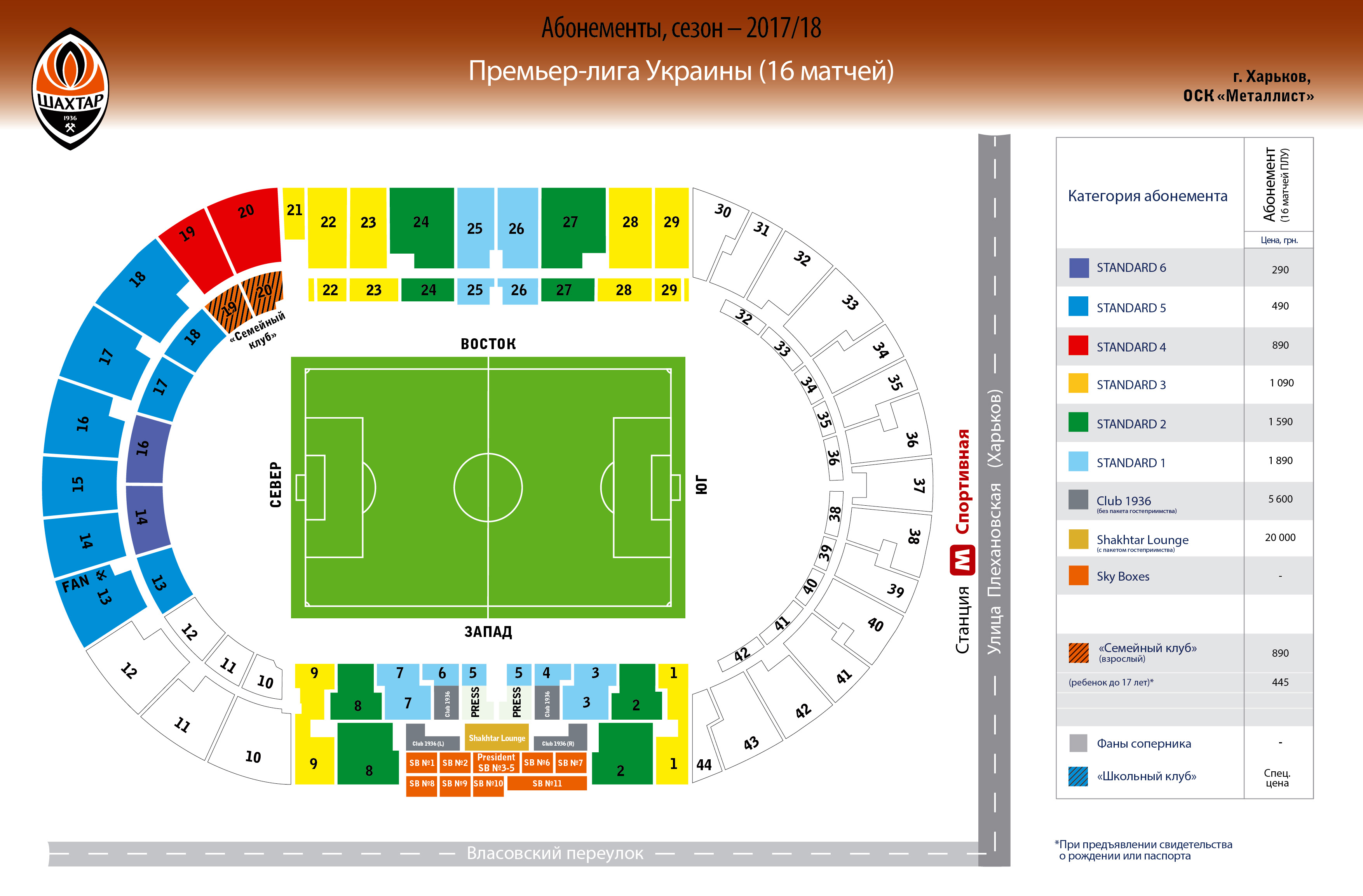