In the Premier League 21st round, the Pitmen will face Luhansk-based Zorya in Kharkiv. We bring you the match preview

12 March, Kharkiv, OSC Metalist, 19:30 Live broadcast on 2+2 TV channel
Before the match
The clash between two Donbass-based sides, who currently hold the first and third spots in the league table, is the major game of the 21st round. Interestingly, four face-to-face encounters in concession took place in Zaporizhzhya as part of the Premier League competitions, as now they will lock horns in Kharkiv for the first time.
Shortly before finishing off the season’s first part, Shakhtar enjoy 13-point advantage over Dynamo. Zorya are six points behind the Kyiv side and five points clear of Oleksandriia.
The Orange-and-Blacks gear up for the meeting on the field of Bannikov training facility. Dentinho is still absent from the general group. The top scorer of the current season Facundo Ferreyra, who missed the fixture vs Volyn due to suspension, is ready to help the team again. 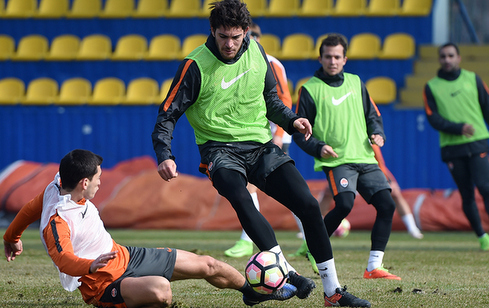 The Orange-and-Blacks gear up for the meeting on the field of Bannikov training facility
The referee of the match – Oleksandr Derdo (Chornomorsk) Assistant referees - Semen Shlonchak (Cherkasy), Volodymyr Volodin (Kherson) Fourth official - Anatolii Abdula (Kharkiv) Referee observer - Ihor Ischenko (Kyiv Oblast)
Opponents
During the winter pre-season spell, Zorya were reinforced by Vladyslav Kalitvintsev, Ruslan Babenko and Gegham Kadymyan. The first two made their maiden outing in the game against Vorskla, with the former Olimpik and Karpaty footballer staying on the bench.
Yuriy Vernydub’s team started the spring part of the season with an early goal versus Dynamo, however, they suffered a 1-2 loss to Dynamo eventually. And in the 20th round, strikes by Hrechyshkin and Kalitvintsev notched up a win for Zorya by the same score  in Poltava.
Head-to-head
In 29 previous domestic league fixtures, the Pitmen gained the upper hand 25 times. The Luhansk side won another four games. The goal difference is 78-15.
Shakhtar's advantage on the pitch of Zorya looks like this: + 13 = 0-1 43-7.
Previous league meeting
Ahead of the 10th round match, the rivals placed first and second in standings. Shakhtar took the ball under control with the starting whistle and dominated game, however, were forced to go into the break goalless. In the opening stages of the second period, Marlos hit the post, shortly before making an assist for Ferreyra, whose goal in the 56th minute turned out victorious for the Donetsk side. Towards the end, Dentinho could double the lead for the team but his drive rattled the upright again. The final score is 1-0. 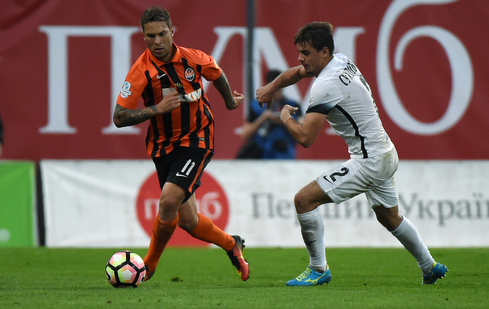 In the opening stages of the second period, Marlos hit the post, shortly before making an assist for Ferreyra, whose goal in the 56th minute turned out victorious for the Donetsk side
Interesting facts
Shakhtar scoring streak in the Premier League kicked off on August 28, 2015 and lasts 40 encounters (with 110 goals scored).
Shakhtar and Zorya will hold their 30th meeting in the Premier League.
The Pitmen’s winning streak in the National league totals nine matches.
You can purchase tickets at the Metalist stadium ticket office, online on shakhtar.com, on the club’s partner sites tickethunt.net, internet-bilet.ua and e-sport.in.ua, as well as in retail outlets in Kharkiv.