U21. Volyn vs Shakhtar: match preview

In the 20th round of the Ukrainian U21 League, Shakhtar will play their Volyn counterparts away. We invite you to familiarise yourself with the encounter preview

March 4, Lutsk, Pidshypnyk stadium, 12:00 Before the match Shakhtar continue to fight for the league title and, despite a misfire in the previous round vs Vorskla (0-1), remaining one of the U21 league leaders. At the moment, the Pitmen have 42 points under the belt and the best goal difference in the league: 46-11. The Orange-and-Blacks are leaving for the game without the injured Giorgi Arabidze and Mykyta Adamenko, who scored 10 goals each this season. Also, the weekly training cycle was missed by Dmytro Topalov who had been involved in two friendlies against Israel. He will join the team before the game. Shakhtar traditionally have no suspended players. Referee - Yaroslav Kozyk (Mukacheve) Assistant referees - Volodymyr Zhurybida (Lutsk), Andrii Motyka (Ternopil) Fourth official - Stepan Lapko (Lviv) Referee observer - Orest Shmyhelskyi (Lviv) Opponents In the current league season, Volyn sit in the penultimate 11th spot. In 19 matches, the Lutsk side claimed four wins alongside two draws and 13 defeats (14 points, goal difference 19-56). The Red-and-Whites haven’t won any games in the recent seven rounds, with the team’s goalless run lasting for three matches. A week earlier, the Crusaders suffered a narrow defeat at Oleksandriya (0-1). The participation of Lutsk’s top scorer Yaroslav Deda, boasting three goals this season, did not help. Match background The last seven meetings between Shakhtar and Volyn ended in wins for the Pitmen. They notched up 38 goals vs the opponents. 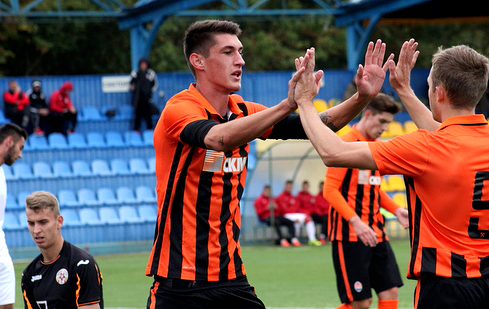