U19. Shakhtar vs Skala: match report

In the 24th round of the Ukrainian U19 championship, Shakhtar took on Skala

U19 Championship. The 24th round.
May 13, 2017. Schaslyve. Knyazha Arena. Att: 300. 12oC.
Shakhtar Donetsk U19 2-2 (1-0) Skala Stryi U19
Goals: 1-0 Khachaev (26), 1-1 Lukach (74), 1-2 Lukach (88), 2-2 Yakimets (90+2)
Shakhtar: Kucherenko, Konoplya, Chahovets, Mate, Zaporoschenko, Yakimets, Putrya (c) (Kryskiv, 86), Chekh, Kulakov, Khachaev (Kholod, 74), Kuzmenko (Kaschuk, 70)
Unused subs: Vertei, Pavlish, Apanchuk, Melichenko
Head coach: Serhii Shyschenko
Skala: Zhyliak, Mironyuk (Bilinskyi, 81), Annich, Veklyak, Tabachynskyi, Kondrakov, Nekrasov, Melnyk (Tyshkun, 55), Kuziv, Fomin, Lukach
Unused subs: Hudymenko, Lysenko, Volkov, Mikhailenko, Yakob
Head coach: Oleh Lutkov
Booked: Melnyk (20), Nekrasov (51), Zhyliak (84), Mate (88), Kuziv (88)
Sent off: Lukach (90+3, second booking)
Referee: Dmytro Osaulenko (Kyiv)
Before the match
Three rounds before the end of the league, Shakhtar (2nd spot, 46 points) met with Skala (10th place, 26 points). The Donetsk side’s head coach Serhii Shyschenko did not make any changes to the starting line-up. Oleksii Kashchuk and Artem Holod have been listed in the ranks after returning from their national duties for Ukraine U17 national team at the European Championships in Croatia.
First half
The Orange-and-Blacks got on the front foot, and if the luck were on their side, they could have broken the deadlock in the early stages of the game. In the 9th minute, Andrii Kulakov had a chance to score an opener; however, after Ilia Putria's pass he dragged his shot wide. The Pitmen built up most of their attacking moves through the flanks. So, Andrii Zaporoshchenko’s diversionary runs followed by his crosses repeatedly baffled Skala’s defensive line. Putria operated on the opposite flank, often putting his teammates into shooting positions. Shakhtar managed to convert their advantage into a goal only in the 26th minute. Following a beautiful combination involving a large group of attacking players, Murad Khachaev finished the episode by flicking the ball into the top corner to make it 1-0. 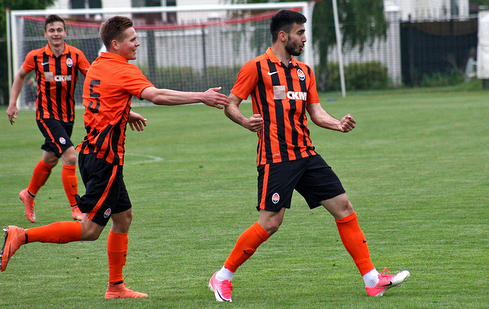 Following a beautiful combination involving a large group of attacking players, Murad Khachaev finished the episode by flicking the ball into the top corner to make it 1-0
Before the break, the action took place in one half of the pitch, with the visitors putting eleven men behind the ball. Particularly dangerous were corners played by the Donetsk side players. Sergei Shyschenko's lads made use of set pieces, which more than once could be realized. Yet in the injury time, Andrii Kulakov could double the lead: the striker muscled his way into shooting position only to see Skala goalkeeper making a save.
Second half
After the break, the visiting team started to demonstrate bolder performance, and it took time for the Orange-and-Blacks to regain territorial advantage. On 60 minutes, the Pitmen played a set piece: Murad Khachaev delivered an accurate cross for Volodymyr Yakymets, who appeared unmarked; however, the midfielder’s shot missed the target. The Donetsk side continued to push actively forward, but a number of moments of danger neat Skala’s goal decreased noticeably. Moreover, one of the Stryi side’s counterattacks in the 74th minute finished with a goal: Mikhailo Lukach got onto the rebound at the far post and slotted home. Shakhtar hurled all their strength into attack. Literally immediately after that, Eugene Chagovets couldadd a goal to his account, but the defender steered his header clear from the goal line. Serhii Shyschenko's lads were caught on the counter that was realized again courtesy of Lukach. Nevertheless, the Pitmen found the strength and already in the added time scored an equalizer. Volodymyr Yakymets played a beautiful direct free kick to see the ball bouncing off the bar and then into the net to make it 2-2.
The Orange-and-Blacks will hold their next match on May 20. As part of the 25th round, the Donetsk team will play Dnipro away. 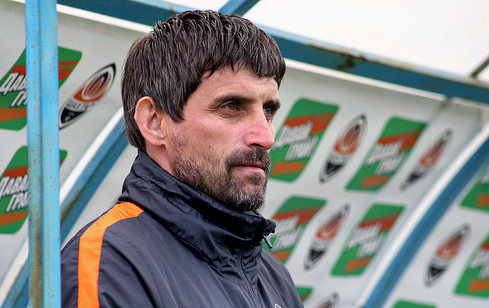 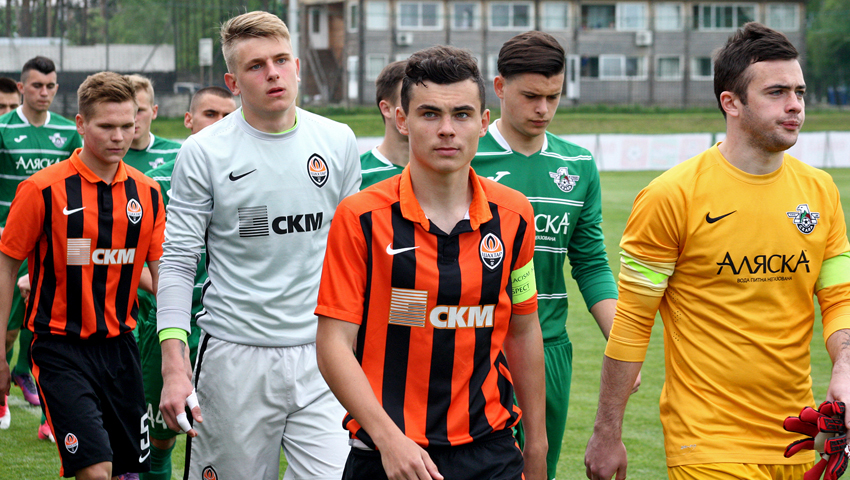 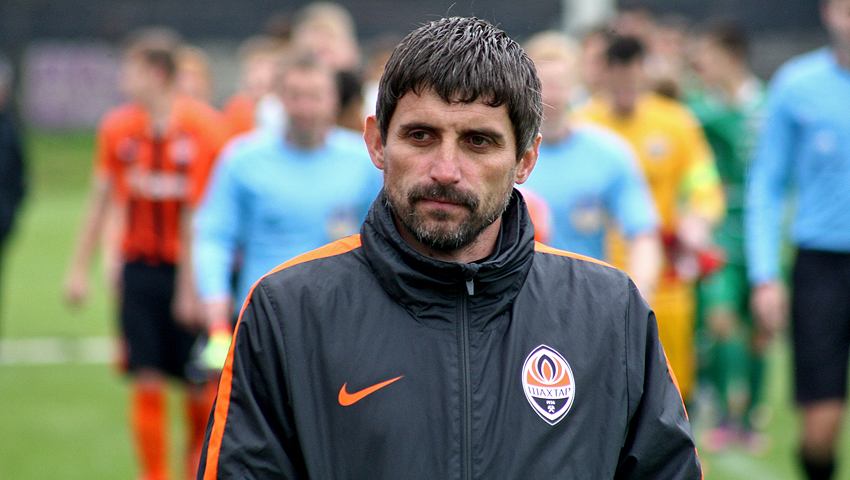 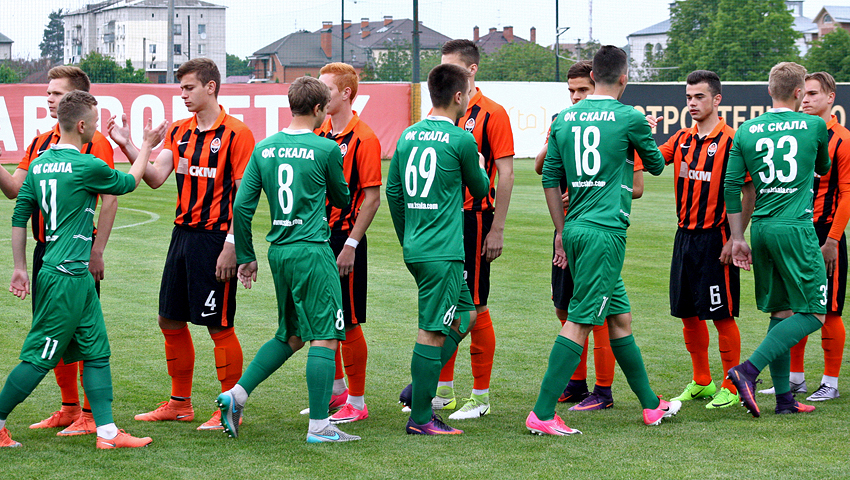 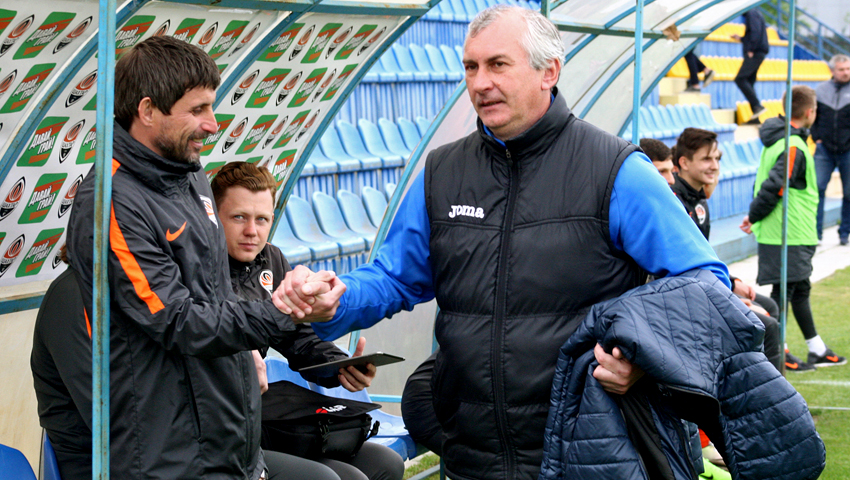 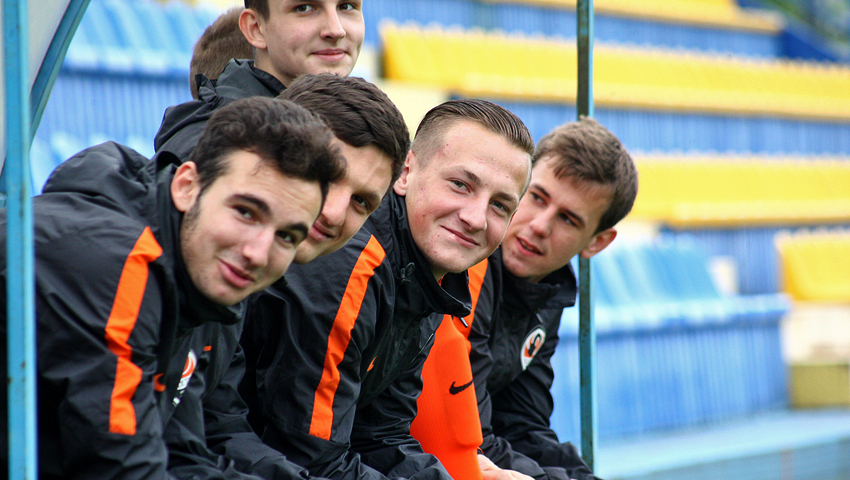 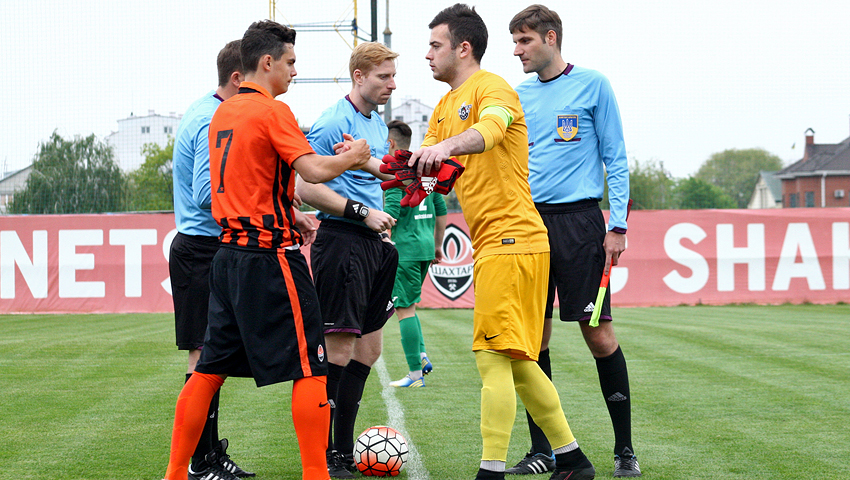 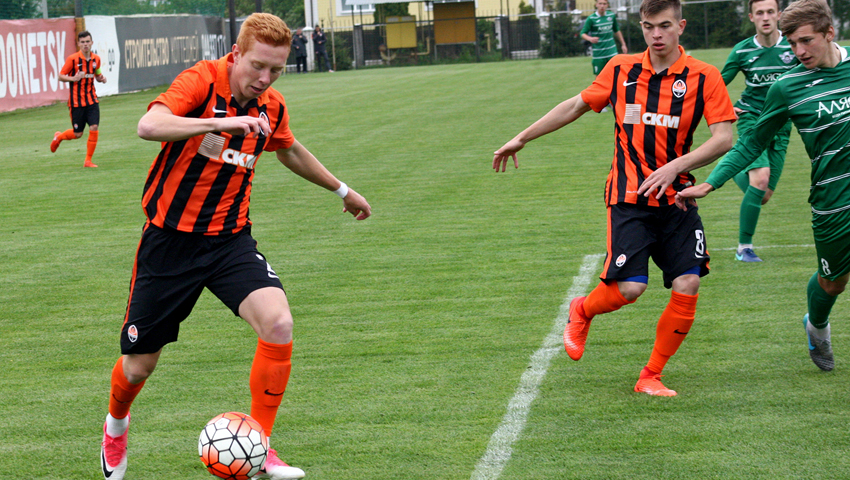 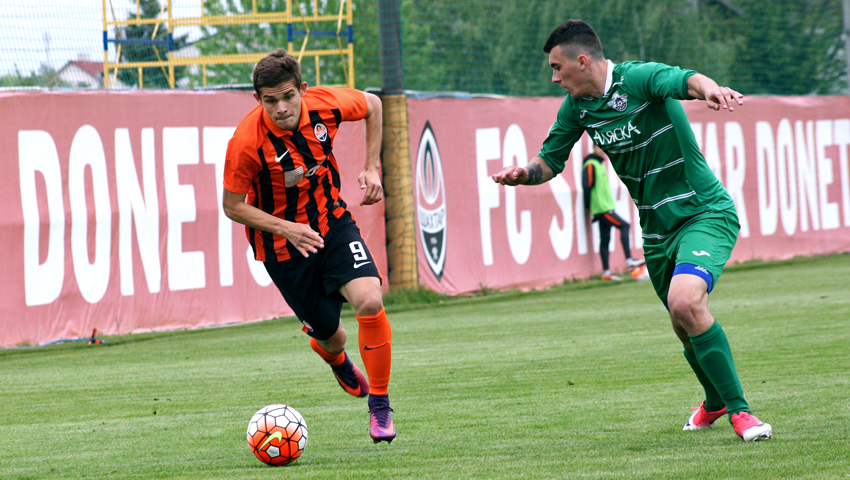 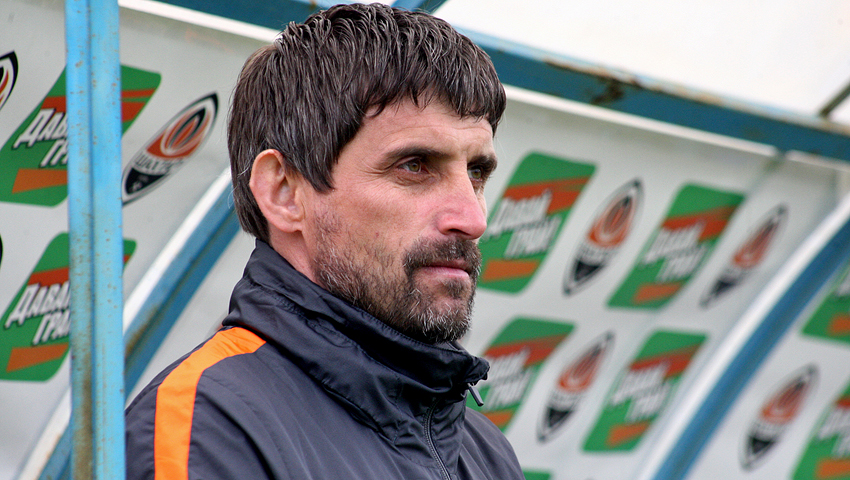 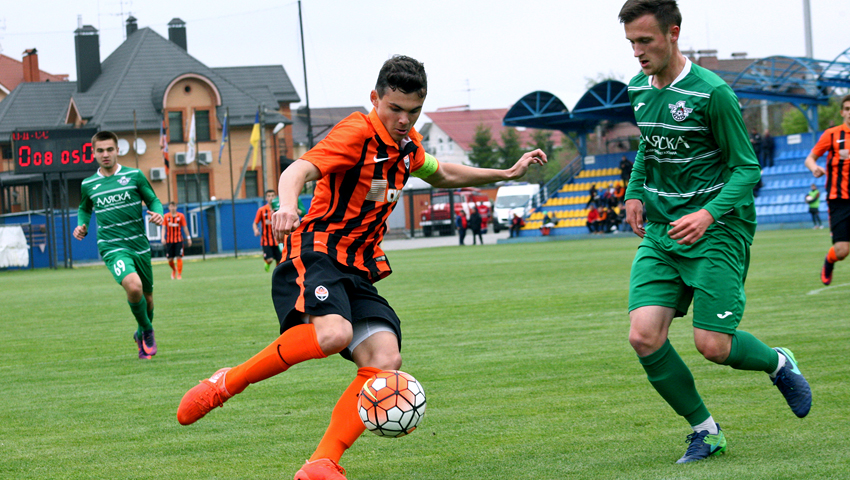 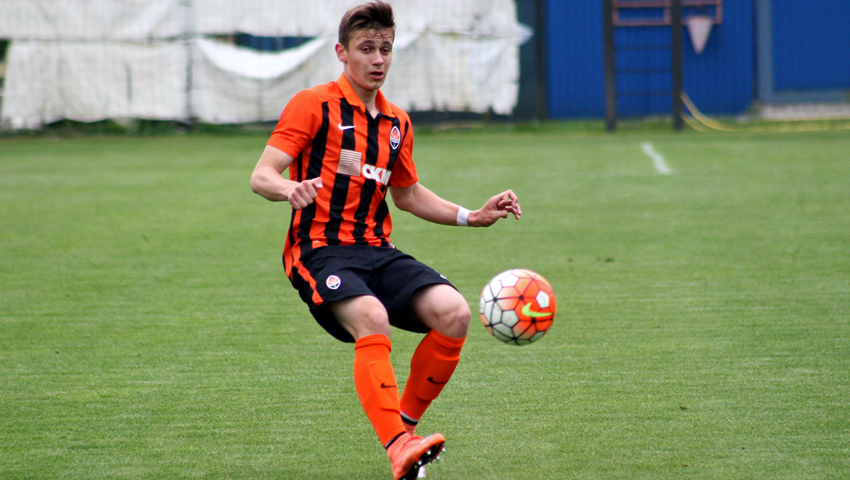 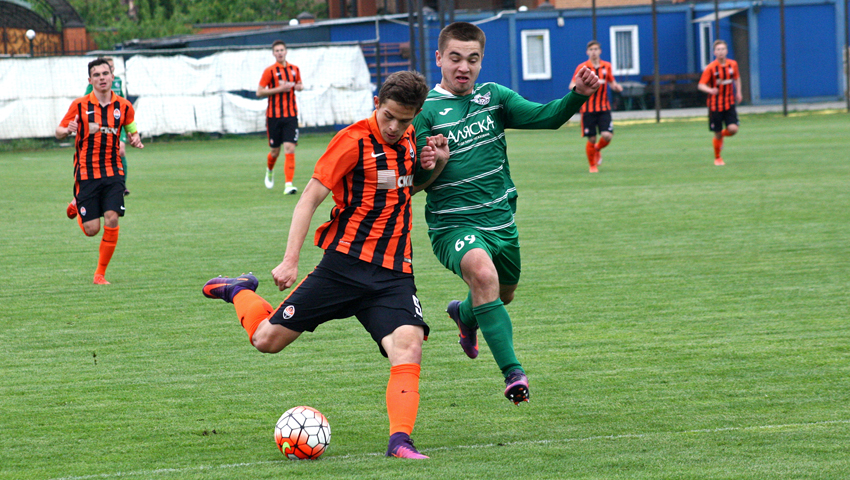 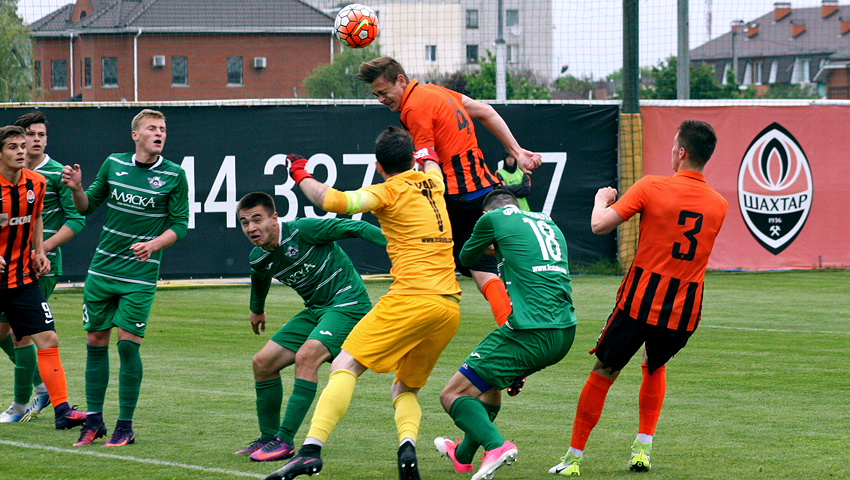 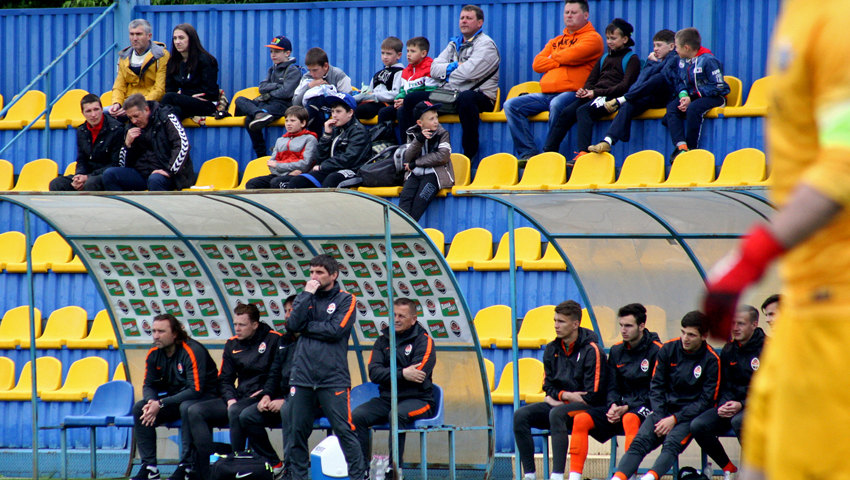 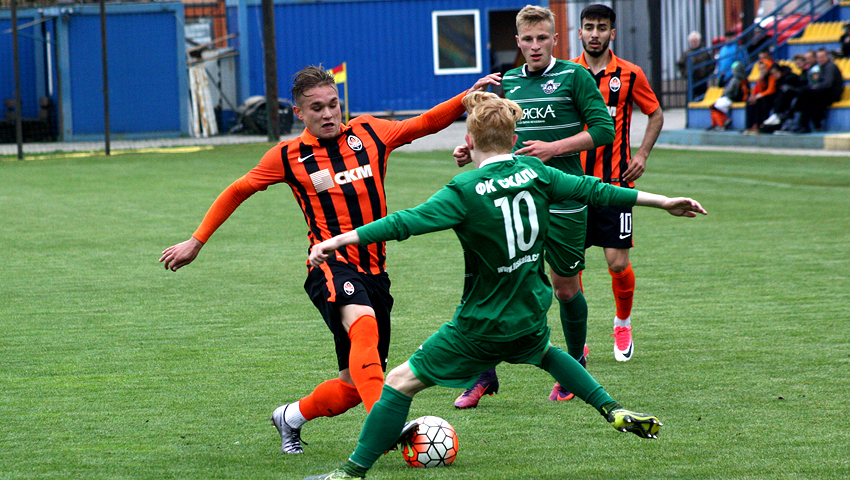 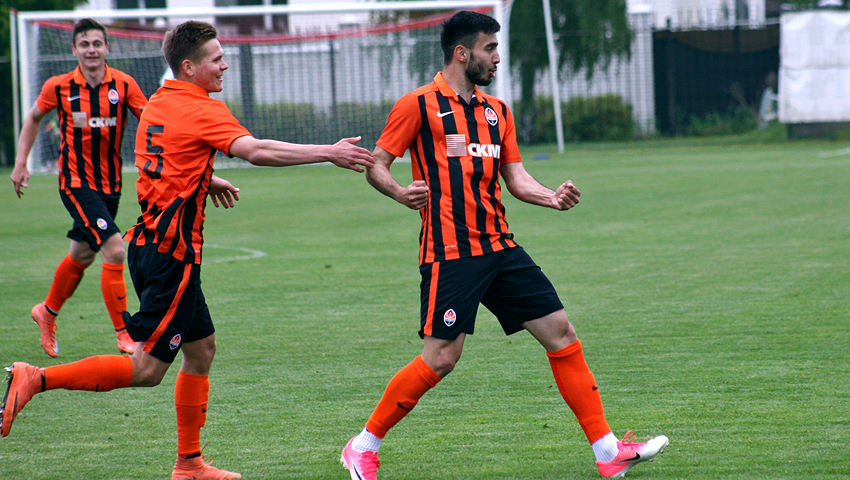 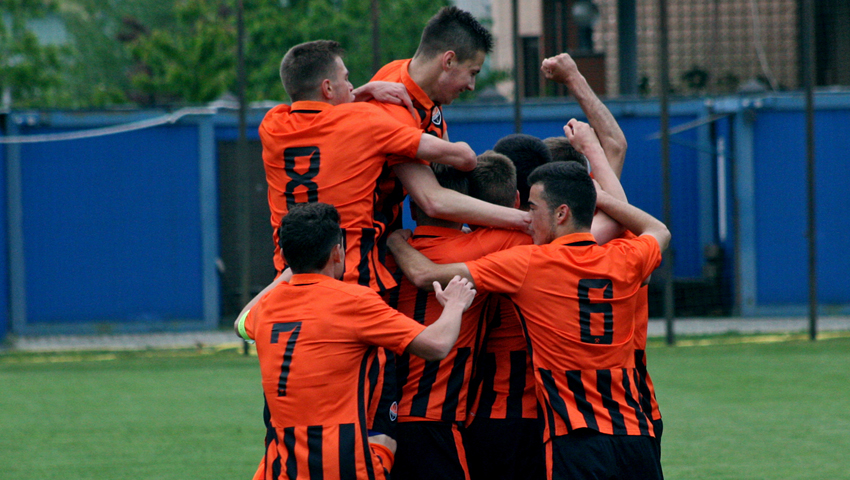 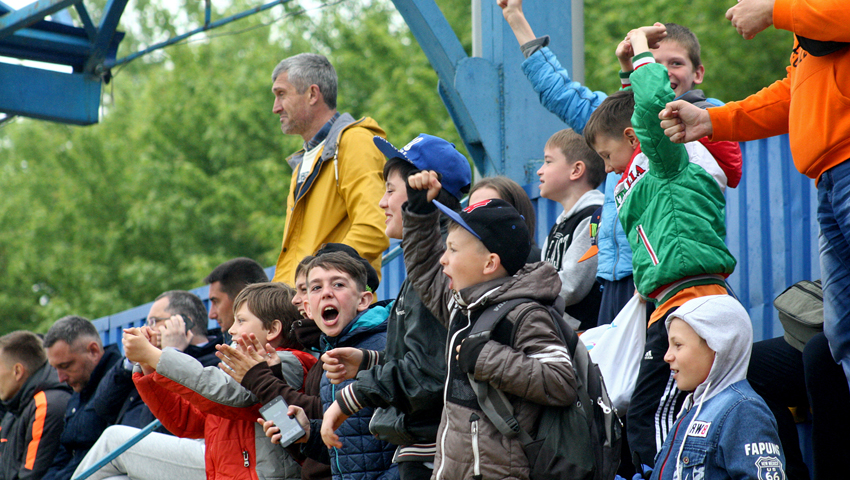 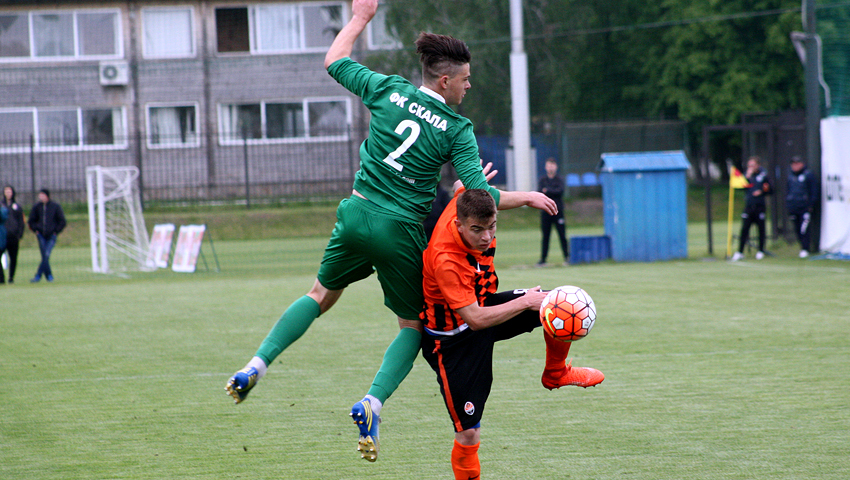 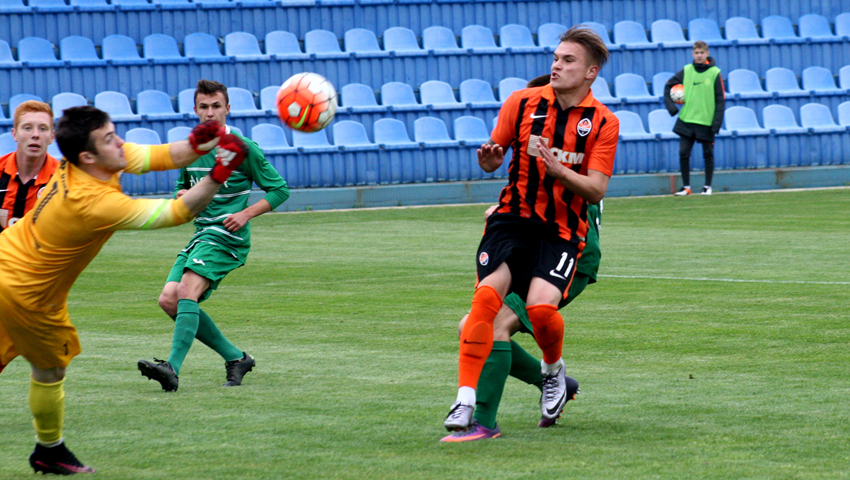 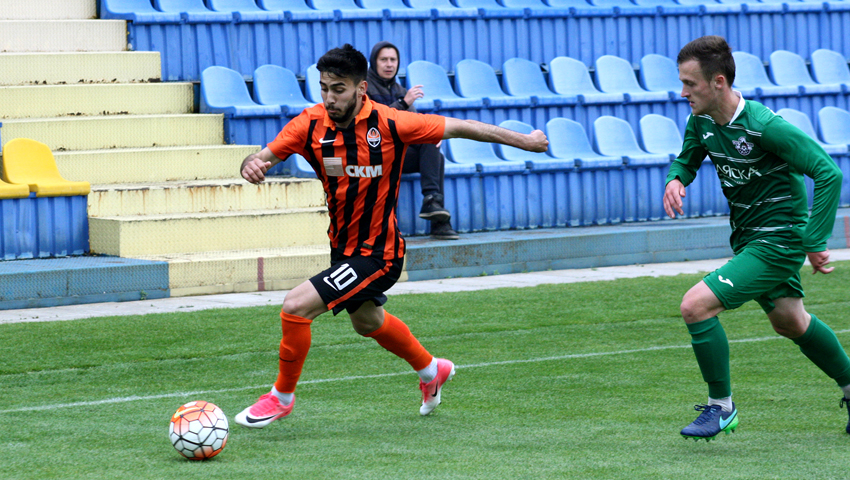 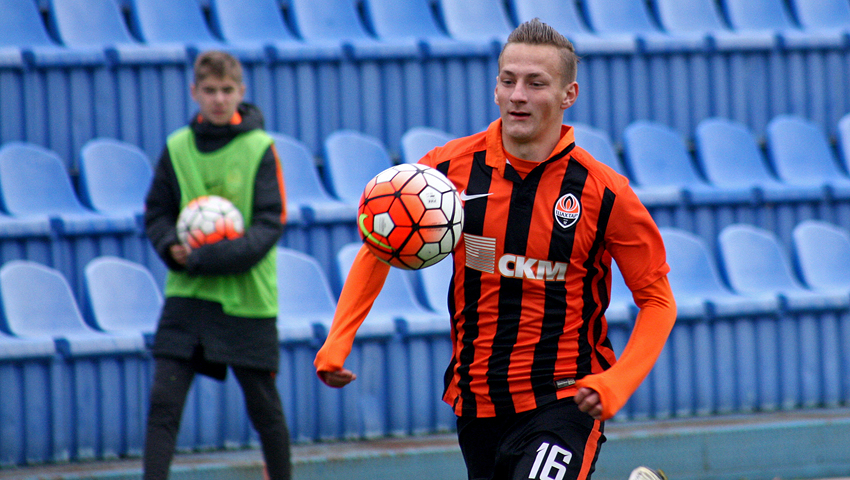 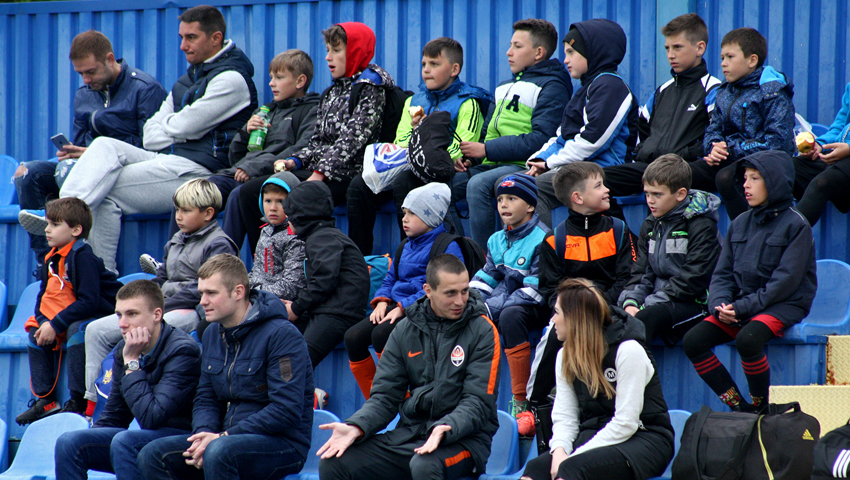 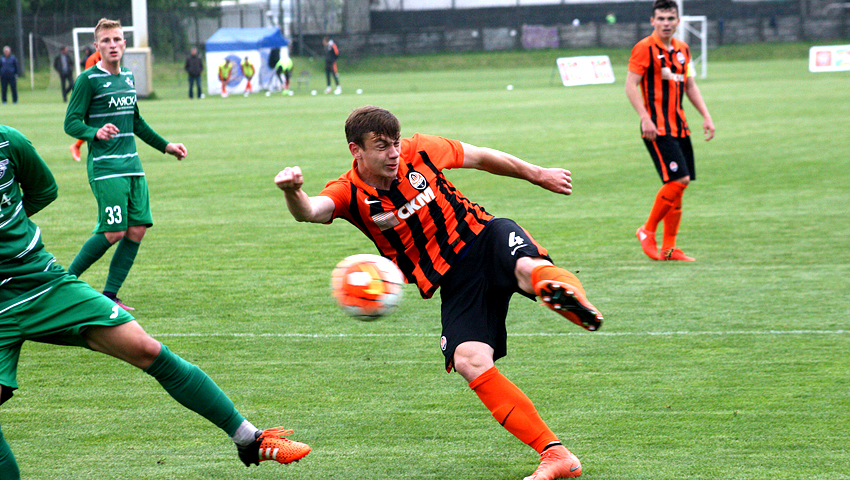 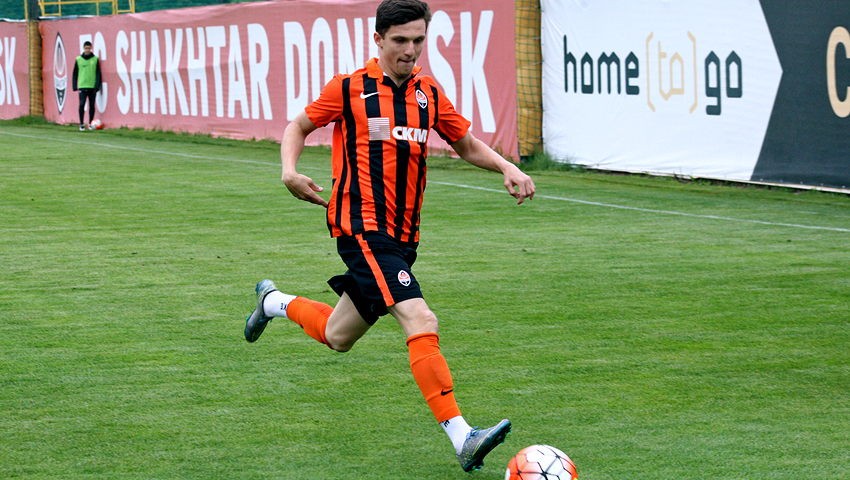 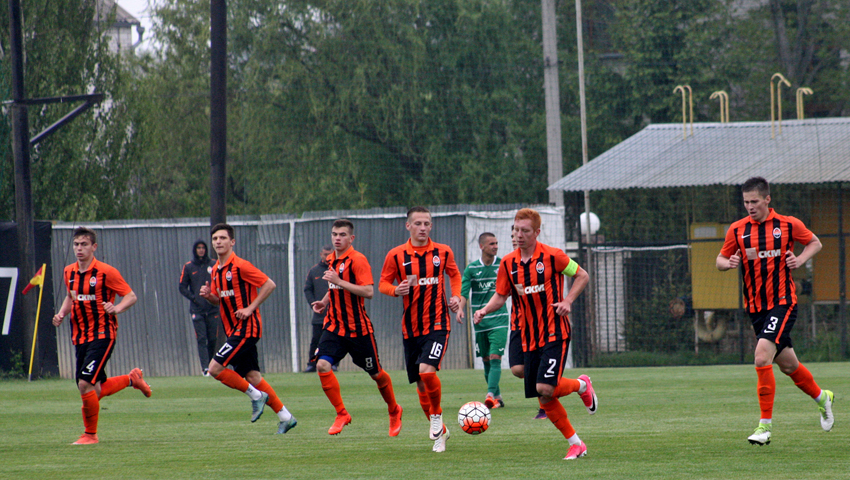 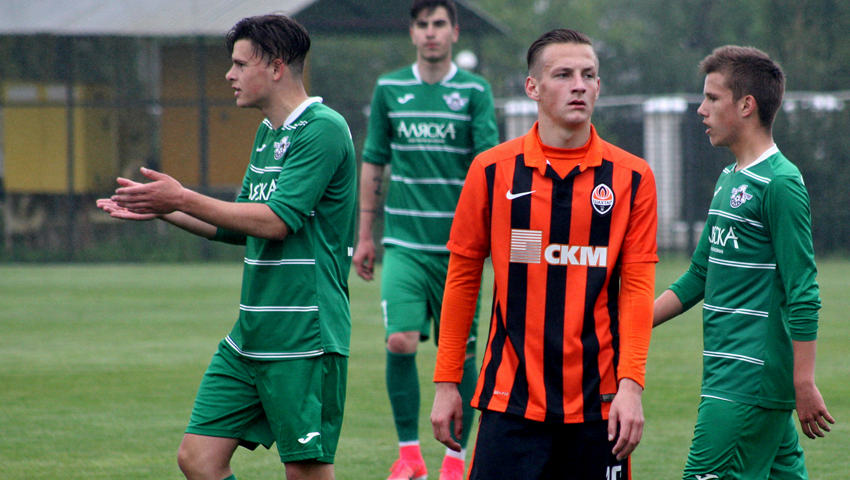 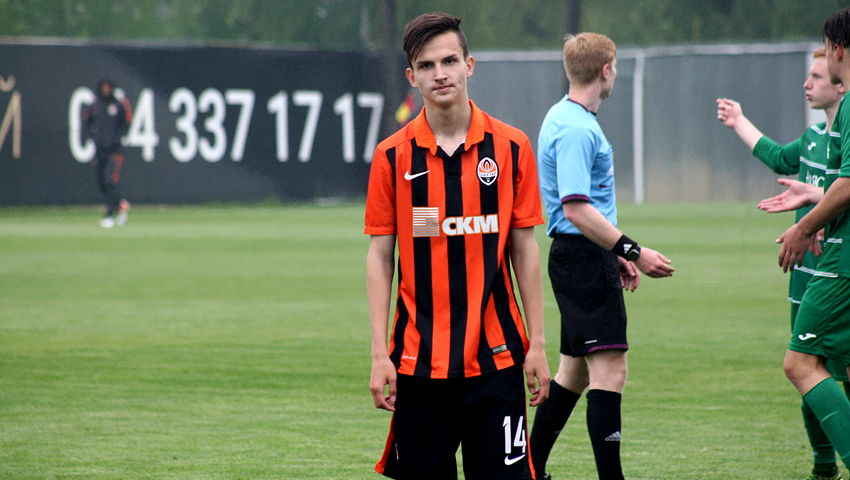