In the Ukrainian Cup final, the Pitmen will lock horns with Dynamo. We bring you the encounter preview

May 17, Kharkiv, OSC Metalist, 21:00 Live broadcast on Ukraina and Futbol 1 TV channels Before the match The Orange-and-Blacks became the domestic champions early, and now their main objective is winning the Cup final to give the fans a long-awaited golden double. On May 15, the Donetsk team conducted a training session at the Sviatoshyn base. Only Andrii Boriachuk trained individually. Before the encounter, Paulo Fonseca pointed out that there is no favourite in the final. Shakhtar need to perform up to the mark in order to claim the win. 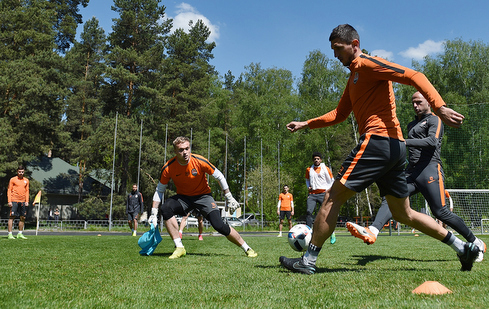 On May 15, the Donetsk team conducted a training session at the Sviatoshyn base
Referee – Kostiantyn Trukhanov (Kharkiv) Assistant referees – Oleksandr Voityuk (Zaporizhya), Oleh Pluzhnyk (Kharkiv) Fourth official – Yurii Mozharovskyi (Lviv) Reserve assistant referee – Serhii Bekker (Kharkiv) Referee observer – Serhii Zadiran (Dnipro) Opponents On Saturday, Serhii Rebrov reshuffled the squad and in the Premier League game which was devoid of competitive motivation, he fielded a number of players who had not appeared in the starting line-up often. As a result, Dynamo lost to Olimpik (1-2). However, the upcoming meeting in Kharkiv is crucial for the Kyiv outfit. The team started their current Cup campaign in the Round of 16 against Zorya Luhansk. 90 minutes later, they registered a stalemate (2-2), with a Gonzalez goal and a Moraes brace from the spot setting the 5-2 scoreline. The only goal by Harmash brought Dynamo the quarterfinal win over Neftianyk, with Dynamo thrashing Mykolayiv in the semi-final (4-0). Head-to-head record All in all, the rivals had 12 Ukrainian Cup meetings. Shakhtar boast 7 wins, the first of which they claimed in extra time in the final 2002 (Popov, Atelkin and Vorobei scored goals for the Donetsk team back then). Kyivans won 4 cup ties, claiming their latest success in the penalty shoot-out. The goal difference is 20-12 in favour of the Orange-and-Blacks. 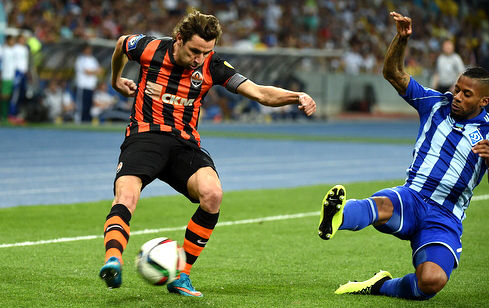