U21. Shakhtar vs Olimpik: match preview

In the 30th round of the U21 Ukrainian League, the Pitmen will play against Olimpik Donetsk. We bring you the meeting preview

20 May, Schaslyve, Knyazha Arena, 12:00 Before the match With a 23-point difference in the standings, there are just two positions between the teams: Shakhtar are in the second spot (67 points, goal difference of 66-13), and Olimpik are the fourth (44 points, goal difference of 46-48). In eight previous rounds, Valeriy Kryventsov's men lost points in only one meeting, claiming whitewash wins in the rest of the games. Thus, a week earlier, the Orange-and-Blacks defeated Chornomorets in Odesa, scoring two goals in each half: before the break, Yurii Hluschuk and Oleksandr Pikhalyonok got their names on the scoresheet, with Giorgi Arabidze grabbing a brace after it. This allowed the Georgian midfielder to advance to the third spot on the season’s top scorers list with 12 goals. At the moment he has three more games to get past Myakushko (Dynamo) and Belenkyi (Olimpik) in this race, with both of them having 13 goals. The Donetsk derby will not be attended by the captain of Shakhtar U21 team Oleksandr Pikhalyonok, who earned his fourth yellow card in Odesa this season. Referee – Ihor Paskhal (Kherson) Assistants – Taras Klymenko, Valentyn Kutsev (both from Kyiv) Fourth official – Klym Zabroda (Kyiv) Referee observer – Serhii Dzyuba (Kyiv) Opponents For most of the season, Olimpik were in the top three, but in the second stage of the league season, they won only two games vs Chornomorets, suffering defeats in the remaining five games and giving bronze medals away to Karpaty. In the previous round, the team of Ihor Klymovskyi lost to Dynamo (0-4. The Olympians’ performance indicators in this season’s away matches are as follows: 5 wins, 4 draws, 5 defeats. Midfielder Vladyslav Sharai will miss the game vs the Pitmen due to suspension. 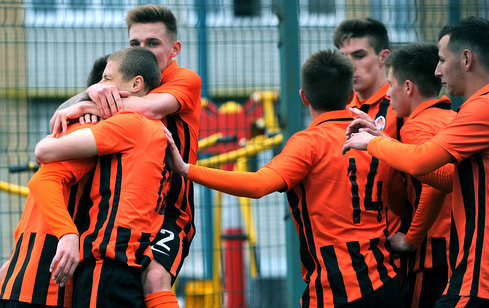