U19. Shakhtar vs Olimpik: match report

In the U19 Ukrainian League round 26, Shakhtar entertained their Olimpik counterparts

U19 League. 26th round.
27 May 2017. Schaslyve. Knyazha Arena. Att:100. 20oC.
Shakhtar Donetsk U19 1-3 (1-1) Olimpik Donetsk U19
Goals: 0-1 Khomutov (17), 1-1 Putrya (23, pen.), 1-2 Belenkyi (56), 1-3 Gelovani (62)
Missed penalty: Putrya (8, goalkeeper)
Shakhtar: Kucherenko, Konoplya, Chahovets, Bondar (Kornienko, 46), Mate, Yakimets, Putrya (c), Chekh, Kulakov, Khachayev, Kuzmenko
Unused subs: Vertei, Pavlish, Kravchuk, Melichenko, Andruschenko, Zaporoschenko
Head coach: Serhii Shyschenko
Olimpik: Bezkrovnyi, Borovyk (Horodenko, 87), Yedynak, Schastlivtsev (c), Snurnitsyn, Yankov, Gelovani, Pudy (Zubashevskyi, 63), Masikevych, Khomutov (Tyschenko, 82), Belenkyi (Zinatullin, 89)
Unused subs: Ltaif, Maksymenko, Nechaev
Senior coach: Stanyslav Tyschenko
Booked: Yedynak (8), Putrya (11), Kulakov (27), Gelovani (60), Chekh (60), Horodenko (90+4)
Sent off: Chekh (90+4, second booking)
Referee: Klym Zabroda (Kyiv)
Before the match
In the final match of the season, Shakhtar (2nd position, 50 points) met with Olimpik (6th position, 39 points). Compared to the match vs Dnipro (3-0), Shakhtar head coach Serhii Shyschenko made certain changes in the line-up. Thus, Yefym Konoplya returned to his position at right back, with Valerii Bondar from the U21 team appearing in midfield to get some match practice, while Yurii Mate shifted to the left. Vladislav Kuzmenko recovered and took the left midfielder role.
First half
The opponents got off to an active start, trying not to lose individual challenges. Over time, the Orange-and-Blacks still seized the initiative and did not give it away until the final whistle. Yefym Konoplya could have scored in the opening stages, but his shot after the well-placed deep pass by Valerii Bondar hit the goalkeeper. Shakhtar continued to exert pressure and soon earned a spot kick: Murad Khachayev brought Vladyslav Kuzmenko – who had been fouled upon by Bohdan Bezkrovnyi – one-on-one with the goalkeeper, with whom Bogdan Bezkrovny was not right. However, Illya Putrya failed to convert the 11-metre shot. In one of the attacks after the precision attempt by Vladyslav Khomutov, the visitors opened the scoring. Footballers of Shakhtar equalised in the 23rd minute. Putrya was brought down in Olimpik’s penalty area, with the referee awarding the second spot kick. This time, the captain was accurate – 1-1. 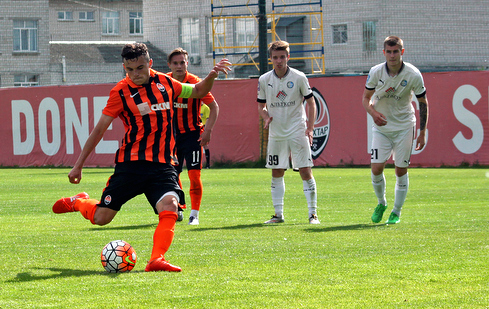 Putrya was brought down in Olimpik’s penalty area, with the referee awarding the second spot kick. This time, the captain was accurate – 1-1
Before the end of the first half, Serhii Shyschenko's lads had more than one promising chance. Murad Khachayev offered himself twice while in a shooting position, but the number 10 lacked in accuracy every time. Shakhtar’s set pieces were dangerous, but the numbers on the scoreboard did not change.
Second half
After the break, Shakhtar continued to dominate and create chances. In the 53rd minute, Maksym Chekh hit the post from afar. Shortly afterwards, Murad Khachayev had a good chance which went just above the goal. In one of the rare counter-attacks, the visitors went in front again: Stanyslav Belenkyi hit the corner from the edge of the box. The Orange-and-Blacks rushed forward to reduce the deficit, but gave one away again. This time, in the 62th minute, Oleksii Gelovani took advantage of the defensive mistake and scored from a one-on-one situation. The Miners attacked mainly on the left wing, where Viktor Kornienko operated in the second half. It was after his next slaloming run that Andrii Kulakov produced a dangerous header. 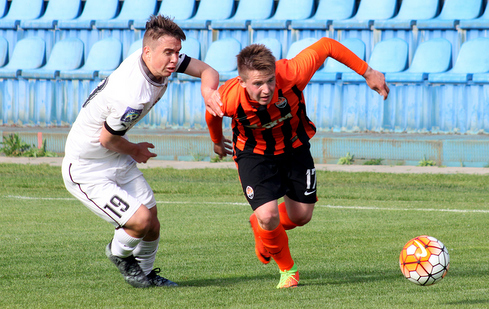 The Miners attacked mainly on the left wing, where Viktor Kornienko operated in the second half
Yefym Konoplya had an opportunity to excel, but he hit the outside of the net after a corner. The ending of the meeting saw Shakhtar attacking, trying to overcome Olimpik’s thick defence. However, all attempts of the Orange-and-Blacks were vain – 1-3. 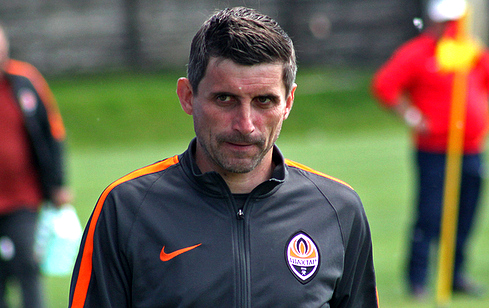 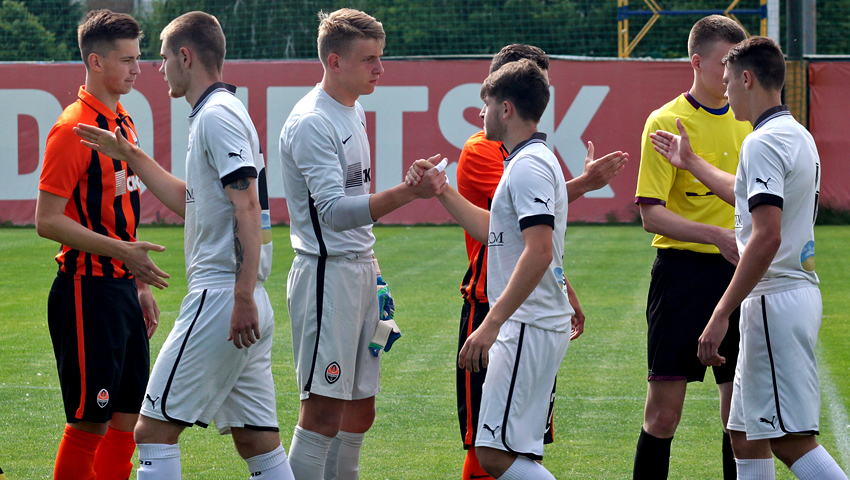 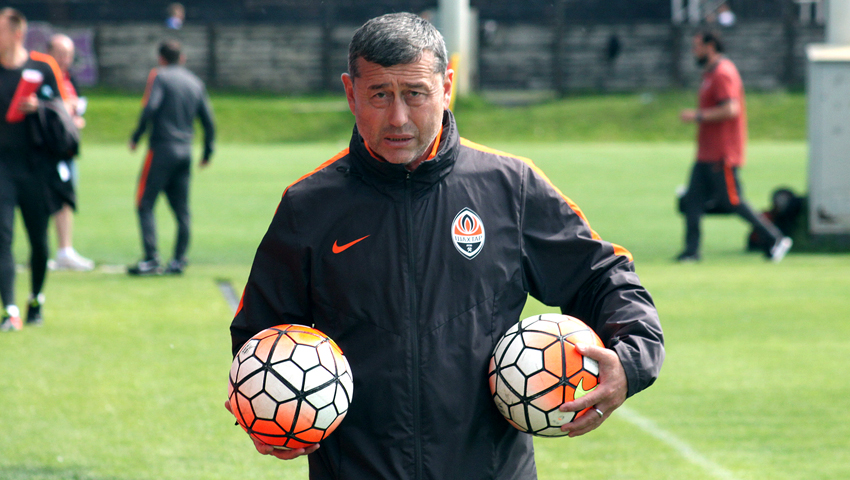 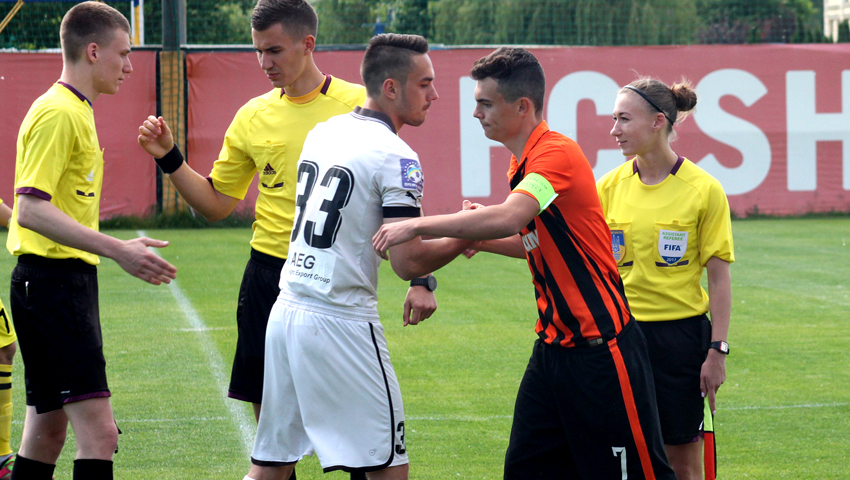 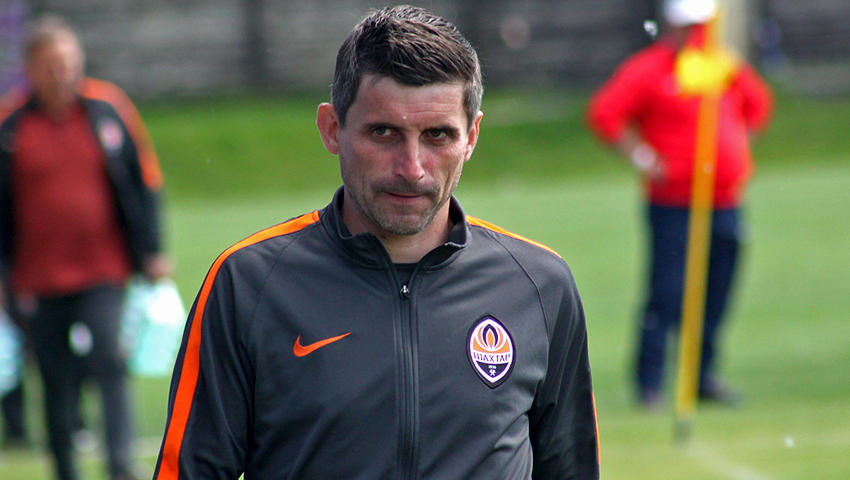 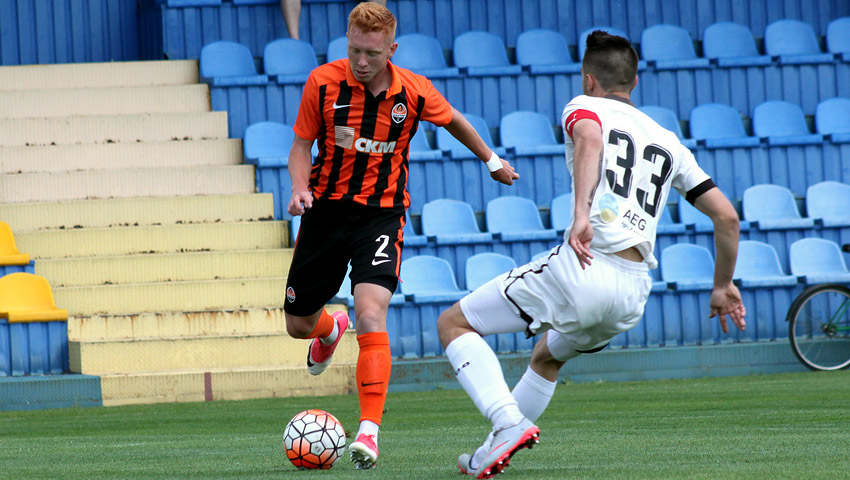 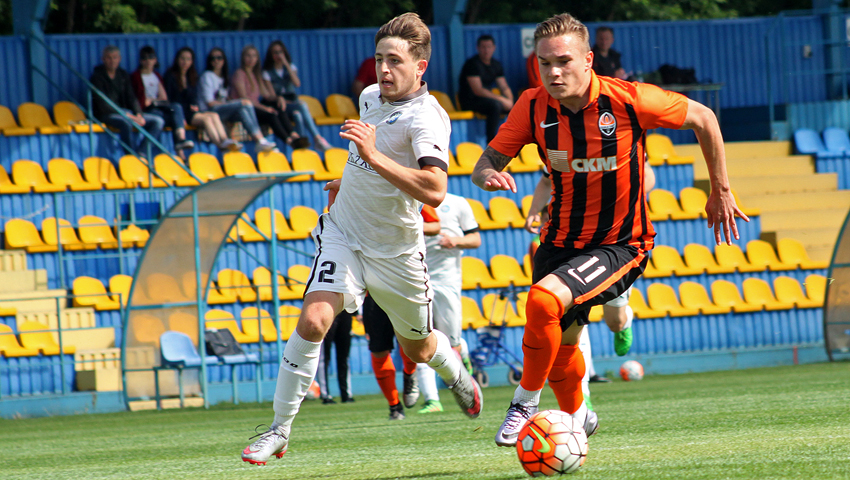 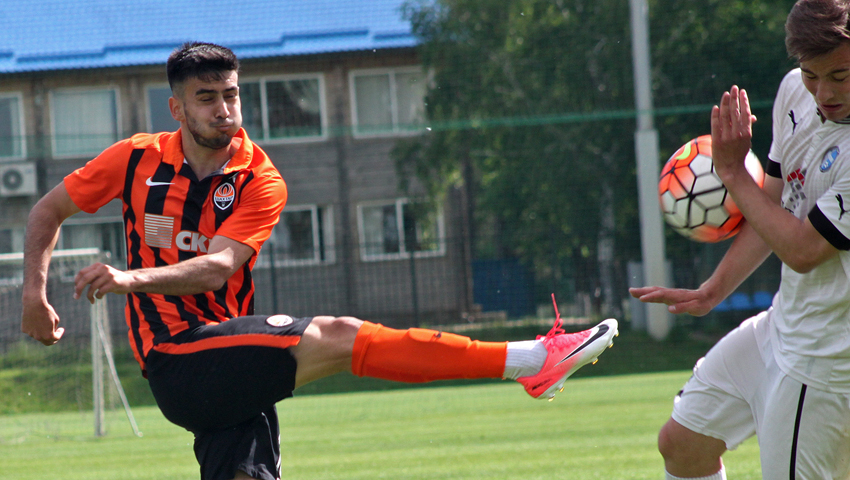 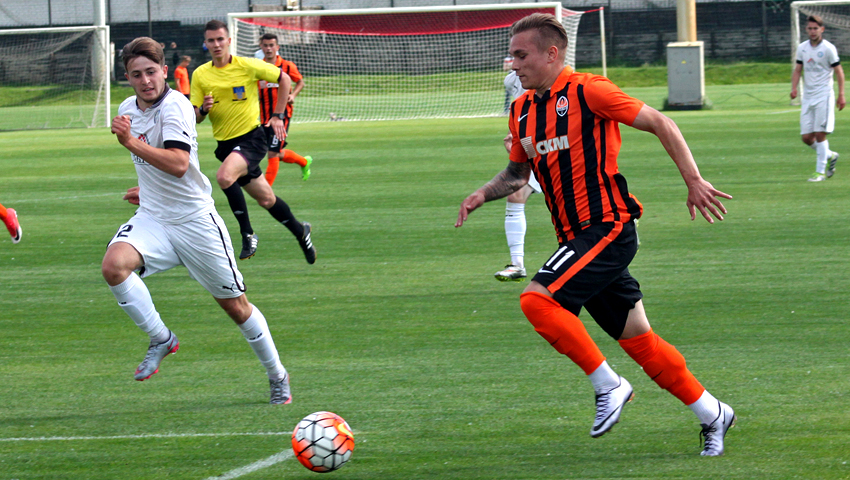 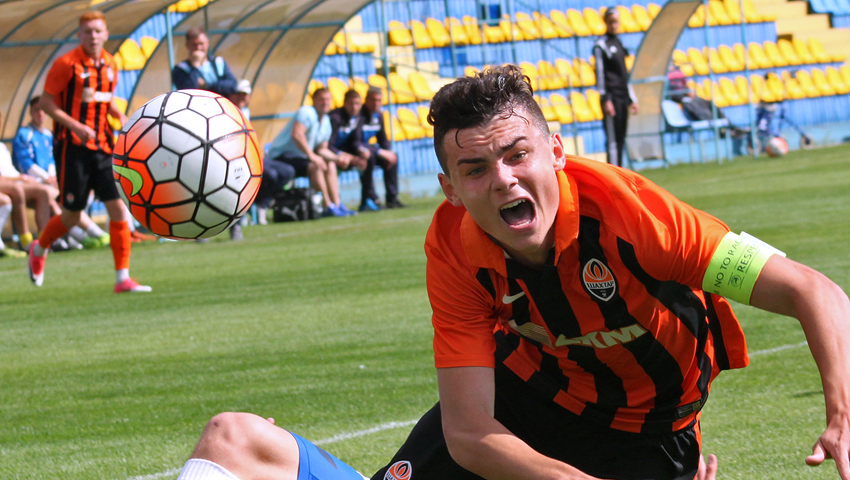 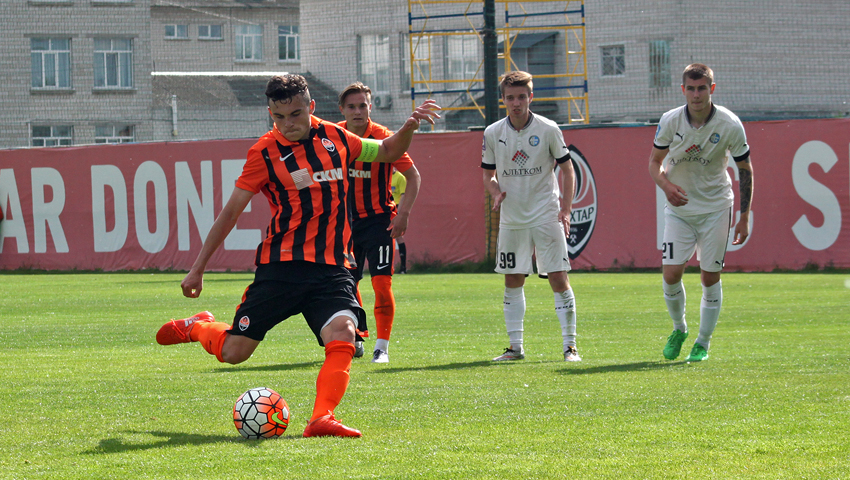 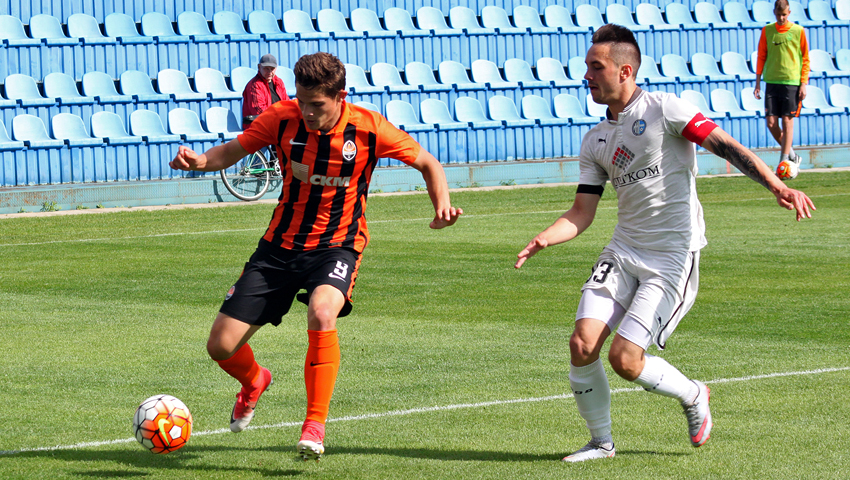 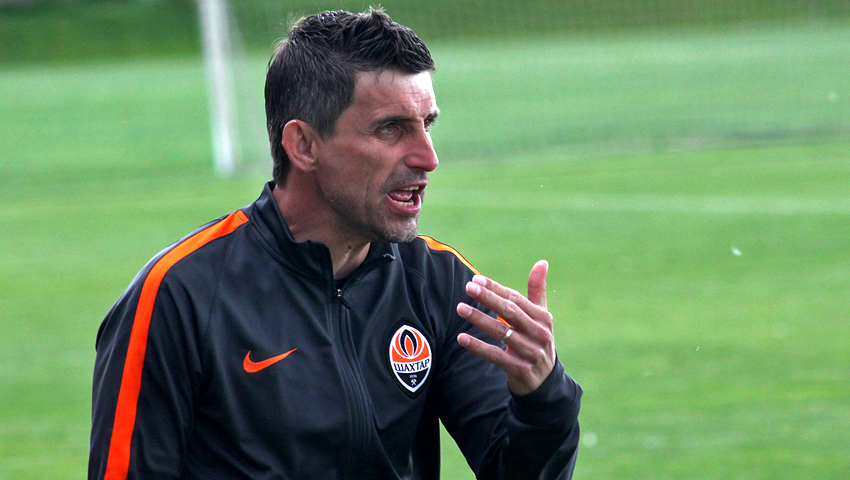 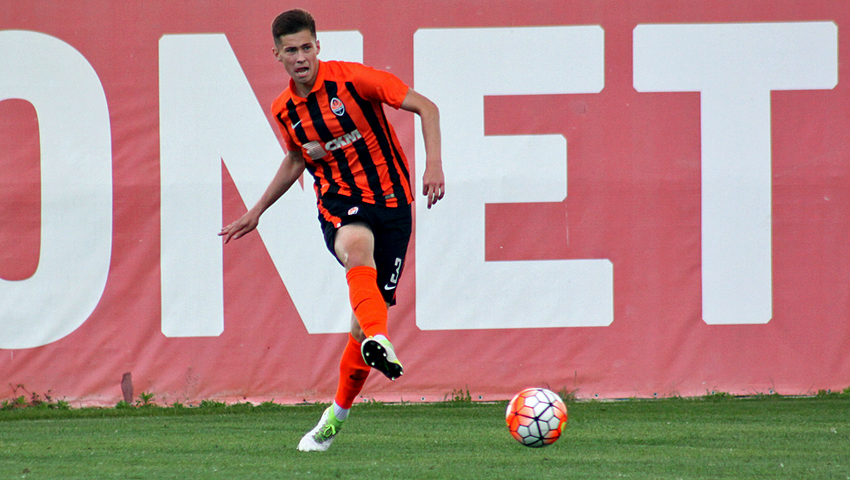 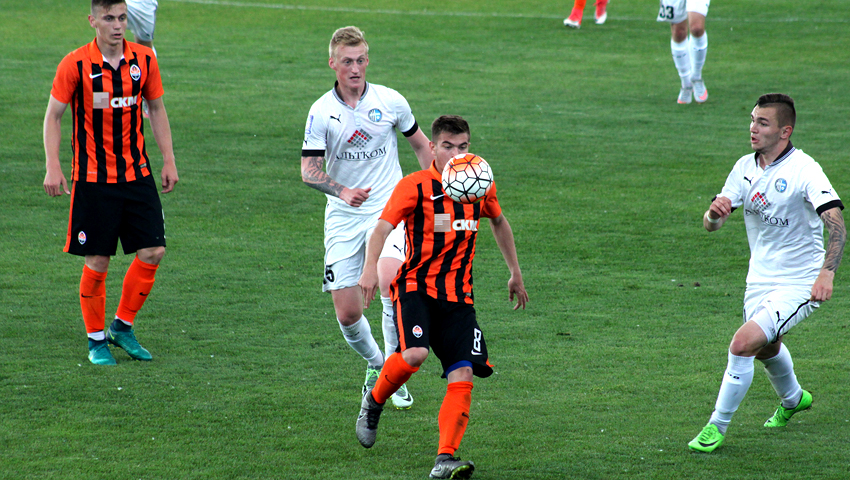 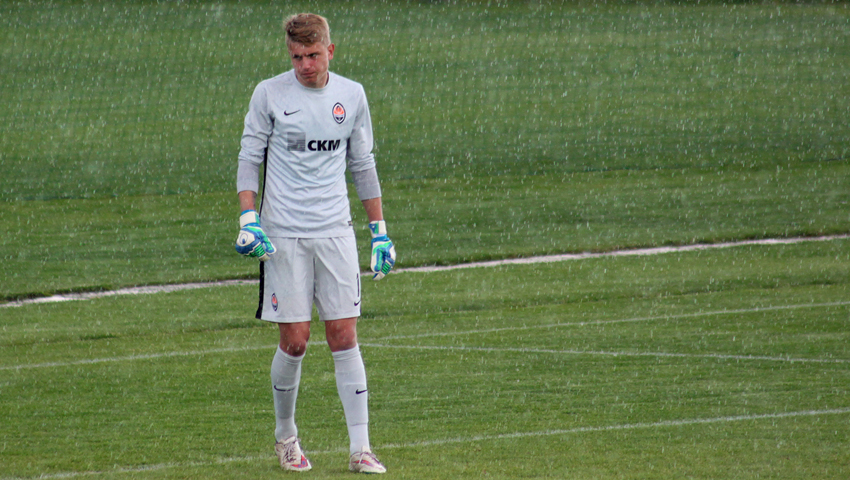 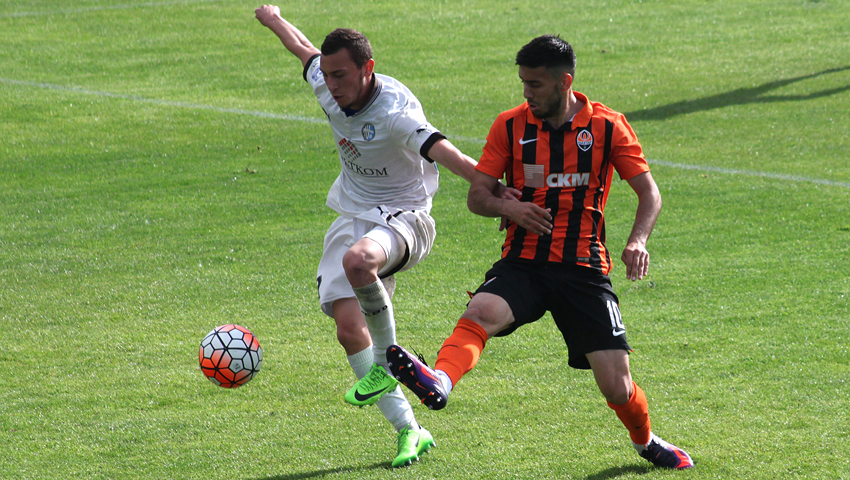 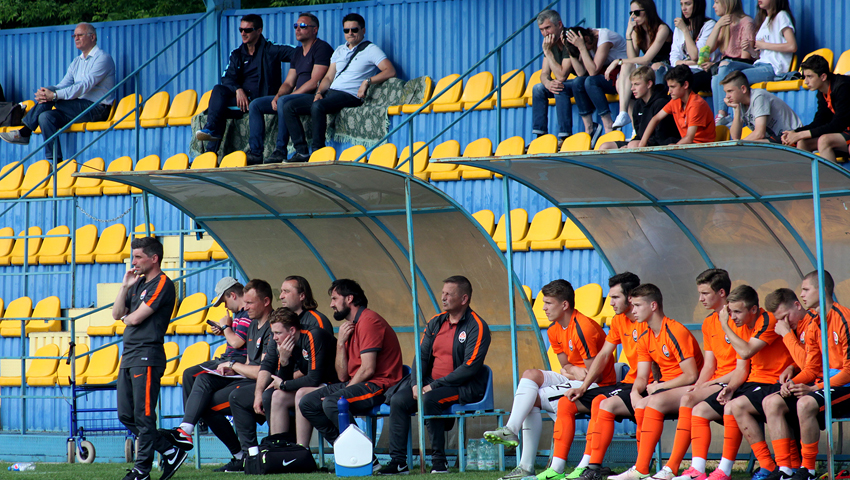 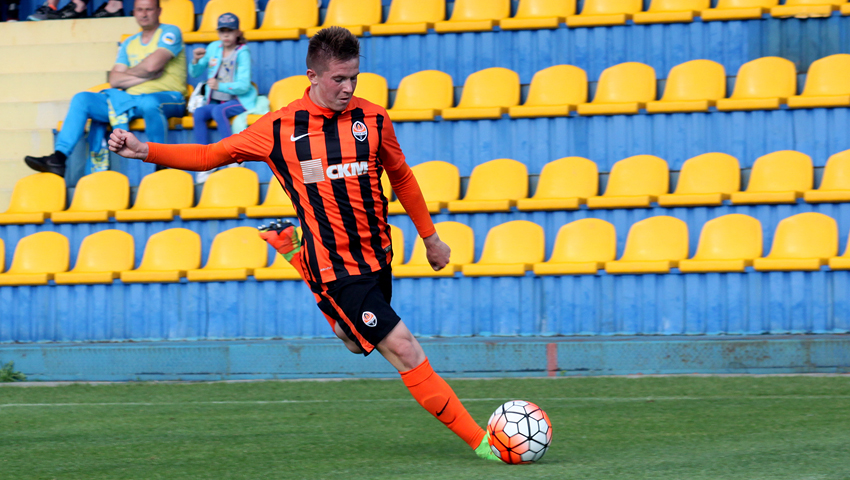 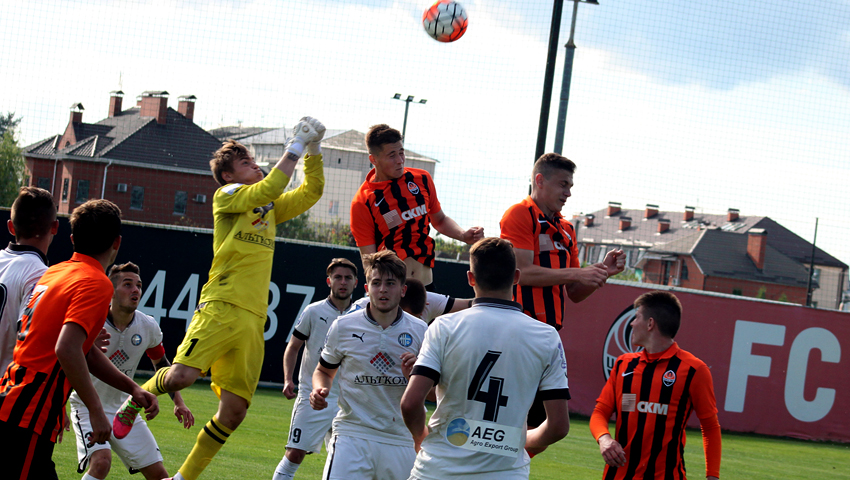 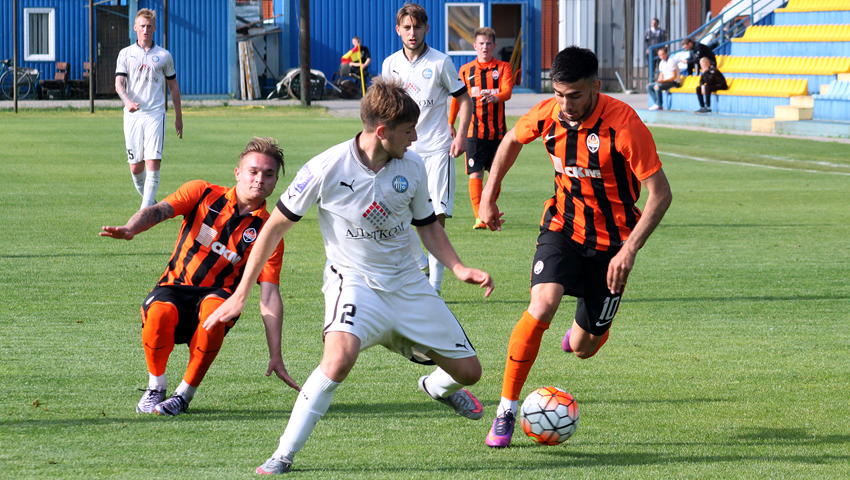 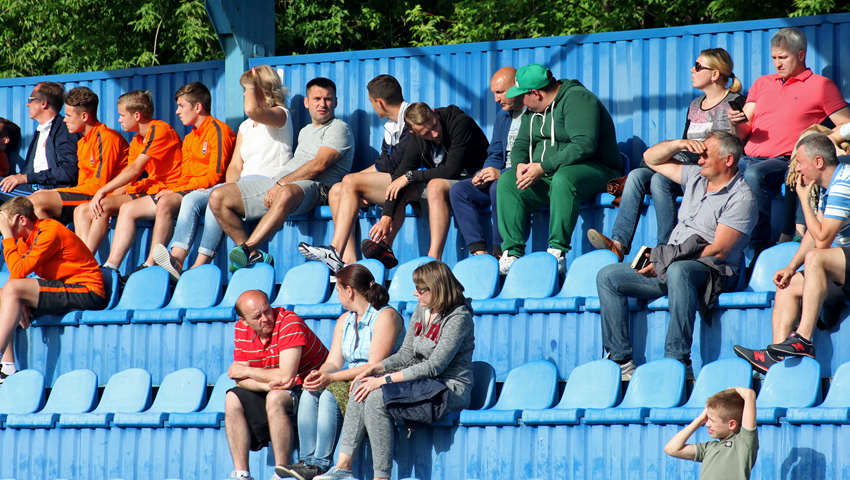 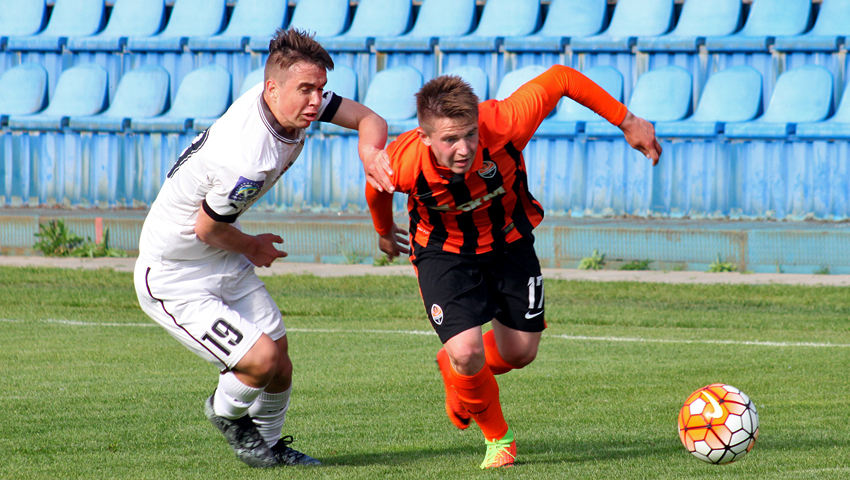 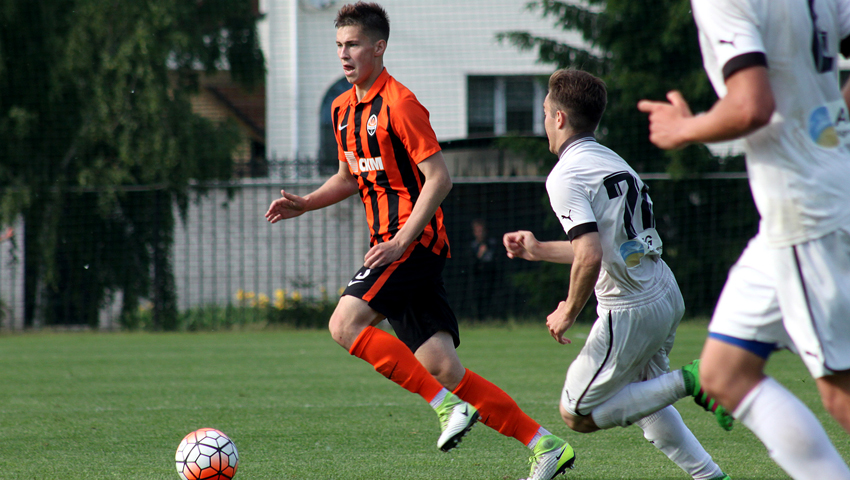 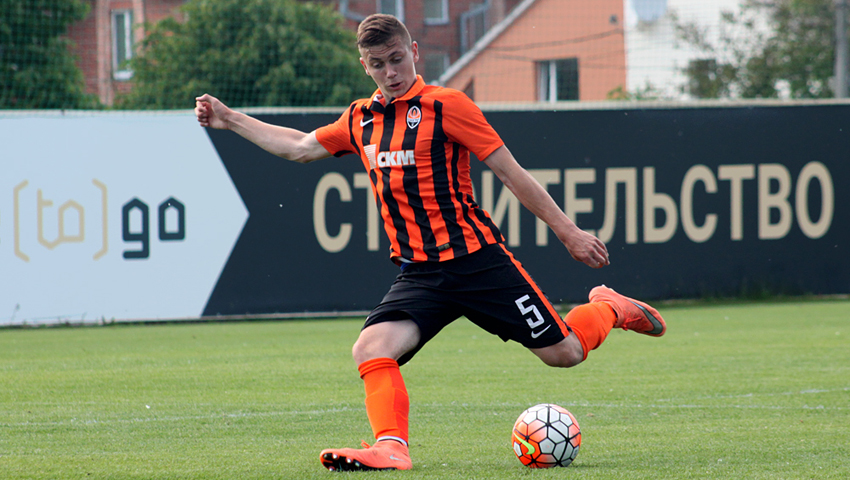 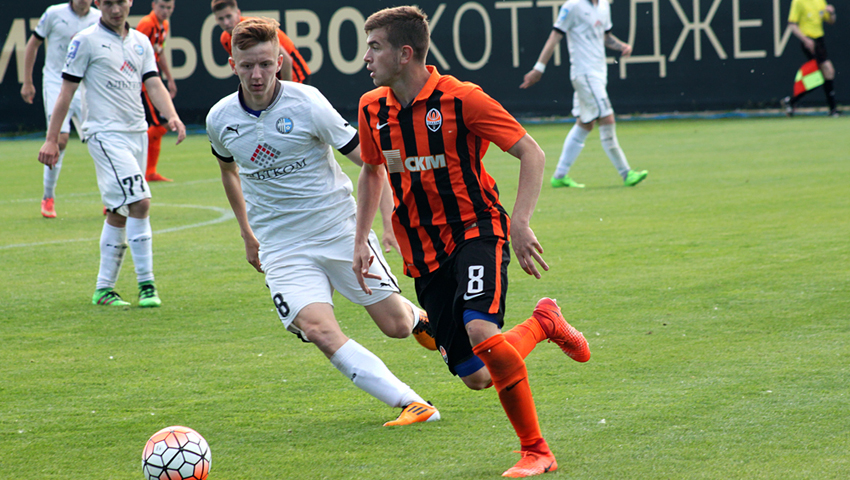 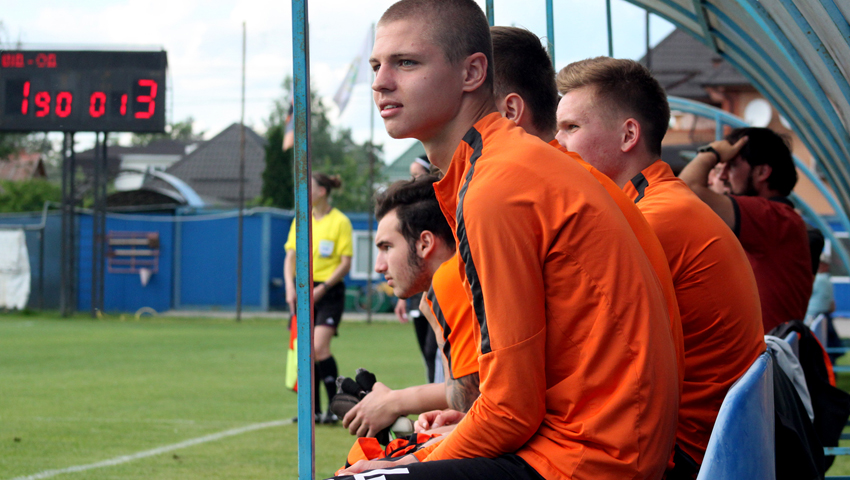 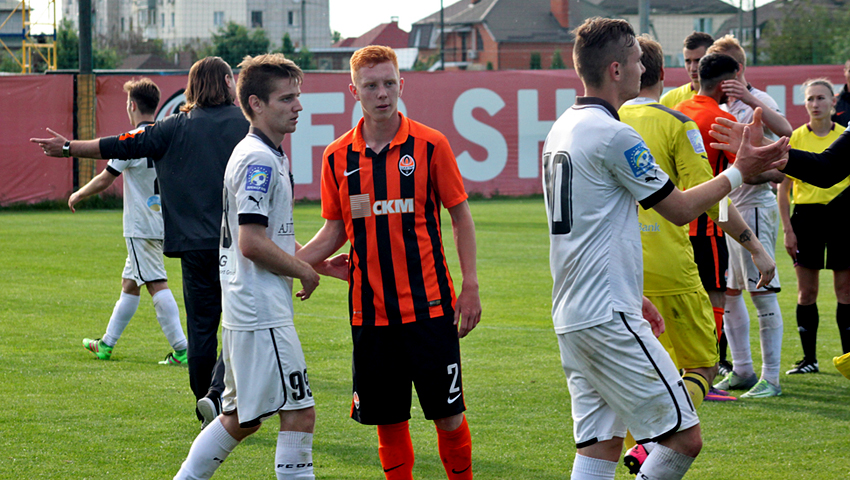