In the Premier League round 32, Shakhtar will lock horns with Oleksandriia away. We bring you the encounter preview

May 31, Oleksandriia, Nika, 19:00 The live broadcast is available on Futbol 1 TV channel Before the match Last weekend, Shakhtar received the gold medals of the Ukrainian Premier League. On Wednesday, the Donetsk team will play the final game of the season, with the main motivating factor for the team being eager to finish the campaign on a positive note. On May 29, the Orange-and-Blacks held a training session at Sviatoshyno training facility. 19 players prepare for the meeting with Oleksandriia, including Giorgi Arabidze and Ihor Kiryukhantsev. FC Shakhtar skipper Darijo Srna, striker Facundo Ferreyra and Brazilian footballers are already on vacation with Paulo Fonseca’s permission. 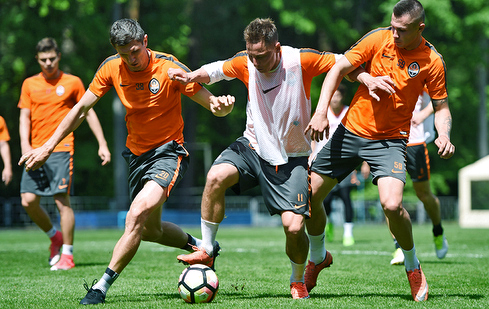 On May 29, the Orange-and-Blacks held a training session at Sviatoshyno training facility

The final round will see only one plot, with Oleksandriia and Chornomorets struggling for the fifth spot. Shakhtar opponents stay a point clear of the Odesa outfit, who are to play Dynamo elsewhere.

Oleksandriia come fourth in the Premier League in terms of the number of goals scored (40). At the same time, Volodymyr Sharan’s men have five-round winless streak. After defeats from Shakhtar, Dynamo and Zorya, the Townspeople were held to a draw by Chornomorets and Olimpik. Serhii Chebotayev will miss out the match due to the disqualification.

The rivals had 11 fixtures in the Ukrainian Premier League. The Donetsk emerged victorious every time. The total goal difference is 25-7, on Oleksandriia’s home pitch, the record is 11-6. 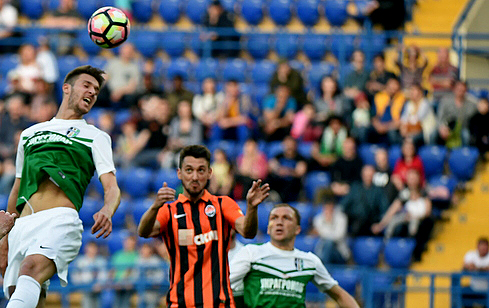