U21. Karpaty vs Shakhtar: players' reaction

Yevhen Hrytsenko, Shakhtar U21 goalkeeper: - We really wanted to get the better of Karpaty. The U21 team have not won in Lviv for a long while, and we tried to interrupt the streak. I wish the guys who stay in the reserve team, to win here always now! As for the match, in the first half we were aiming at the opposing goal, created many good chances, but scored only one goal. Early in the second half, we made a short pause to regain strength, which the Lviv side took advantage of: they launched several attacks and equalized. This goal woke us up. We quickly netted the second goal and didn’t relax until the end of the encounter. In the dying stages, the opponents began to play it tough, with numerous unpleasant episodes, but we survived. Karpaty once again proved to be a fighting, aggressive team, which is always difficult to deal with, but the more valuable the victory here. It's good that we finished the league season with this result. In general, the season was great: we’ve got a friendly team, we were as one. Of course, it's disappointing that we haven’t won the league title, although we were deserving it. I want to thank Valeriy Kryventsov and the entire coaching staff for the season. All of them are real professionals, working with them is pure pleasure. We learned a lot of new things, we tried a lot in terms of tactics and game situations. All of us will benefit greatly from this experience. 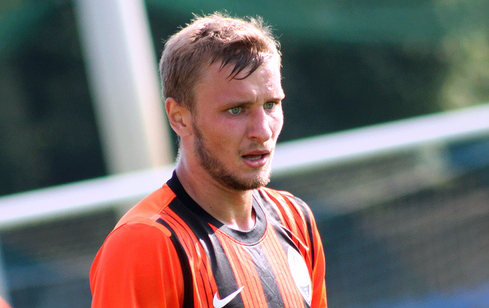