FC Shakhtar signed a contract with the Brazilian winger Tete

Tete has joined the team and will start training soon. We are delighted to introduce the Shakhtar newcomer to you.

The 19-year-old Tete is one of the most promising Brazilian players. He started at the age of 8 and was brought up at Gremio, Porto Alegre. Shakhtar has signed up the midfielder before his transition to adult football. Tete did not debut for the Tricolor senior team, but he played for U19 and U20 teams, displaying some pretty good performance (he scored 5 goals in the Sao Paulo Youth Cup and 4 goals in the 2018 Copa Rio Grande do Sul U19).

This winter, along with Marquinhos Cipriano and Marcos Antonio, Tete played for Brazil U20 in the South American U20 Championship in Chile. He made 7 apps (4 apps as a sub), making 5 dribbles and winning an average of 43% duels when calculated per 90 minutes. The Shakhtar newcomer also knows Fernando, who also played for Brazil U20 previously. And in September 2018, at the invitation of Tite, Tete trained with Brazil national team. 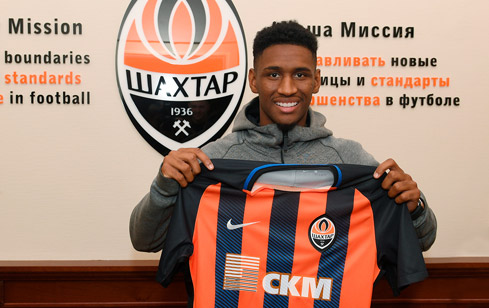 I decided on my move real quick. Some great footballers played for Shakhtar. This is a good offer for me, and I know I did the right thing
Attributes

Tete is a left-footed winger playing mostly on the right side. He boasts excellent pace, agility, and great dribbling. He successfully operates in both patterned attacks and counterattacks.

Watch an exclusive interview with the newcomer on shakhtar.com shortly.