At centre-back, Luis Castro relies on Sergii Kryvtsov and Mykola Matviienko the most. They appeared in the starting lineup together 17 times (65%), including 6 Champions League appearances. On three occasions, Kryvtsov interplayed with David Khocholava from the off, in particular, this is how Shakhtar began the season (the Ukrainian Super Cup tie and the 1st round of the Championship). Valerii Bondar appeared in the starting line-up twice with Matviienko and Khocholava, making one more appearance with Kryvtsov. On another occasion, Shakhtar fielded the Matviienko-Khocholava pairing. 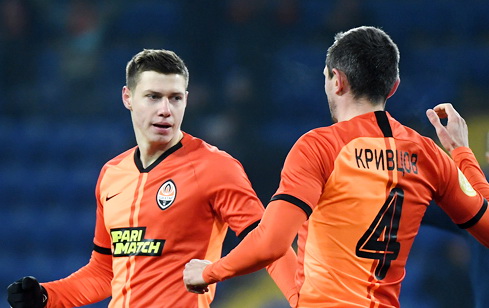 At centre-back, Luis Castro relies on Sergii Kryvtsov and Mykola Matviienko the most
Ismaily among the leaders

In actual fact, it is Ismaily who is indispensable in the squad. He is the only outfield player to have overcome the 2,000-minute mark without counting the injury-time minutes. Ismaily participated in 24 of 26 matches (from the off). In 2 games, Marquinos Cipriano played in his role. At right-back, Serhii Bolbat and Dodo appeared from the off on 13 occasions, plus the Ukrainian twice came on as a sub, while the Brazilian did so four times.

Dodo, among other things, showed himself as a great attacker in the Champions League. This season, he has scored 2 goals (vs Kolos and vs Dinamo Zagreb) and provided 2 assists (in Milan and in Manchester). Ismaily scored goals in the games vs Karpaty and Olimpik, he also provided 3 assists (vs Vorskla and vs Lviv twice). 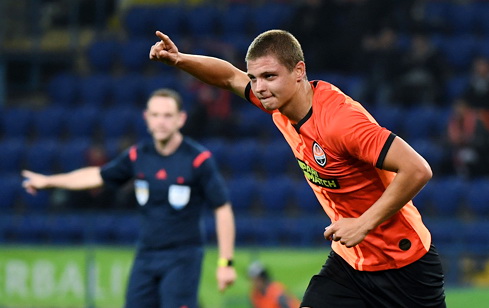 Matviienko and Dodo are among the top 3 players in the Ukrainian League for the successful performance percentage (73.5% and 71.8%, respectively). In all tournaments, Kryvtsov won the most challenges (69.2%). Matviienko committed the least fouls (0.33 times in 90 minutes). Khocholava remains the leader in terms of the aerial challenges won (5.7 on average in 90 minutes, with 69% success), with Bondar following him (4.7, 68%). Also, one should not forget about the role of midfielders in defensive work, in particular, Taras Stepanenko’s role - he boasts even more challenges won than he secured last season, plus his aggregate percentage getting higher (60%).

Ismaily’s number of successful actions is the greatest - 91.67 in 90 minutes. He also makes more dribbles (5.14 per game). Dodo has an average of 3.42 in this sense, at the same time he boasts the highest percentage of successful attempts (64.7%).

Launching attacks is an important part of the work carried out by Shakhtar’s central defenders. Bondar took part in 7 matches just in the Ukrainian league, still having the highest average rate of passing to the final third (9.85) with better efficiency (91.5%). Kryvtsov’s numbers in a larger selection of games, including those vs major rivals are 9.61 and 78.3%. Matviienko is the most accurate in terms of long passes (71% of them reached his teammates).