I believe in my players

On the eve of the Champions League match vs Monchengladbach, Shakhtar manager Luis Castro spoke about the opponents’ strength, the excellent work of coach Marco Rose, football without spectators and the desire to play at the Donbass Arena

- Mr Castro, against the Germans, unlike the Spaniards, Italians and the Englishmen, Shakhtar have positive statistics. Why is that, according to you?
- Good evening. I think that Shakhtar have good statistics not only against their German opponents. Last season, we played 12 games in European competitions - there we had only three defeats. This season, we’ve drawn with the Italian and Spanish teams. Manchester City, Dinamo Zagreb, Atalanta, Real Madrid, Benfica, Wolfsburg, Inter ... We played pretty well against them. We have good results not just against the clubs from Germany.

- You mentioned that before matches against some top rivals, you tell your players: “If you can't win, the main thing is not to lose”. Against Borussia, are you also ready to sacrifice attacking for the sake of consistent defence? Or you don’t actually put the German team on a par with Real Madrid and Inter?
- In such matches, we cannot think only of ourselves. Naturally, this is especially true in the Champions League. We understand very well that we oppose a very strong team, very serious opponents who face us and want to win just like we do. And we must respect the opponents. Both effective attacking and defending are absolutely crucial - this is the key to success. We know very well that there will be certain moments in the match when we won’t boss it, and then this decisive balance of play with and without the ball is particularly important. But besides this, I suppose, the most important thing that should be present in our case is attentiveness, discipline, full dedication and positive energy on the field. When you play feeling comfortable, happy and having fun, everything works out. And we, of course, understand how difficult will be the encounter awaiting us.

- The match will be held without spectators. Have you got accustomed to this or is it still a psychological burden for the team?
- If you are asking about some additional pressure due to the absence of fans, then no - the pressure will be absolutely the same as always. I reckon everyone understands the level of the match we are facing. I’ve said more than once that without fans, a stadium has no soul, no heart. The heart does not beat, making the stadium atmosphere very cold, just ice cold. Of course, that’s unpleasant, there’s little passion in it. I always prefer to play in front of crowded stands, when the fans support their teams. Maybe, unfortunately, people have not yet fully begun respecting this virus, the pandemic that is happening. When you look at the 10 players of ours who got infected, with three of them having lung complications, and one of them suffering from heart problems ... Then you get thoughtful. You understand what exactly is happening in this world. You need to understand that the virus is nearby and that it can hit everyone. No one knows what consequences each of us may face. The guys are twenty or twenty plus - no one ever thought that this could happen. And then I really grasped the actual danger facing us. Despite everything that’s happened in the world until today, people, unfortunately, still don’t understand how scary it can be. It's strange that I see crowded buses in the city. It's strange that I see people who don't wear face masks. It’s strange that I see people visiting public places that are literally packed. All this is very strange. Stadiums stay without fans. In fact, people have done very and very little to return to the stadiums and fill them absolutely safely. Everything that is happening now is strange, and football is strange.

- Your opponents are quite effective offensively, they create many chances and convert many of them, but at the same time they concede many goals. You have to play against an aggressive and sharply attacking team, who at the same time give opportunities to their opponents. Is this a positive aspect? Or an additional obstacle?
- Tomorrow we have to play very tough opponents. We shouldn’t forget that Borussia were 2-0 up against Real Madrid, and only late in the game Madrid managed to equalize. In the match against Inter, Borussia also were leading 2-1, and just before the final whistle the Milanese secured a draw. Monchengladbach scored two goals against Inter and two goals against Real Madrid. This perfectly demonstrates that the opponents just love attacking football. How do they play? Borussia like entering the defensive third, send many long balls into the zones behind our defenders’ backs, and if this fails, they develop attacks across the flank with deliveries into the penalty area, with many players bursting into it. You are right saying that it shows that they love attacking football. This is their DNA, their style. They have a great coach: Marco Rose is doing an excellent job, the team step it up, moreover, they have great players. Borussia beat Leipzig who sit higher in the standings, which once again shows how competent our opponents are. If you are asking whether there will be spaces for our attacking play ... It all depends on the kind of analysis makes and his strategy for the match. I don't know what he practised with his players and, on his part, he doesn't know everything about us. It’s clear that having analysed each other’s play, we will try to adjust certain strategies, but no one knows exactly what will happen on the field. We are facing an immensely difficult battle ahead. I never tire of saying that we are in the worst group. Inter, Real Madrid and Monchengladbach form a super strong and super tough group. We respect this group very much, we always respect all of our rivals. The only thing I want to say is that thanks to such meetings, I appreciate and respect my players increasingly more. The way in which my guys prove themselves is fantastic, just great. Regardless of the strategy, I have high hopes for each of our players. I believe in their attributes, professionalism and dedication, and I think that tomorrow the guys will also be able to bring all that onto the field.

- Mister, as a footballer and coach you have played in many stadiums. Which one did you like the most? Would you like to lead Shakhtar onto the Donbass Arena pitch?
- Donbass Arena will always be an example and a goal for us to move towards. This stadium is constantly on our minds, although I have never been there. We always miss it a lot and want to be there, we want to play there – in front of our fans, at our stadium and in our city. This is what the club is chasing every day: to return to the Donbass Arena. Recently we talked about how strange we and the world live. Talking about Donbass Arena and Donetsk is talking about something terrible in the sense that we, the club Shakhtar, for some reason do not play in our city, in front of our fans and at our home ground. The world is very unfair. Everything that happens is extremely unfair. This world takes a lot from us. The world needs to change very quickly, otherwise everything that is happening now will be absolutely meaningless. When we see that people value status over work, that says it all. And I will always appreciate those people who work, sincerely and daily trying to become better, but not those who simply raise their status and don’t understand what they want from this life. I will always value ambitious people like us who compete, try and work hard, trying to get better. The stadiums I like? I’ve never been a super footballer, but I still managed to play or work at some good stadiums. San Paolo, Da Luz, Jose Alvalade, Dragao, San Siro are history-making arenas. Playing there, you remember the great people who were there and stepped on that field. Since I really love and respect history, these are the stadiums that I remember best. 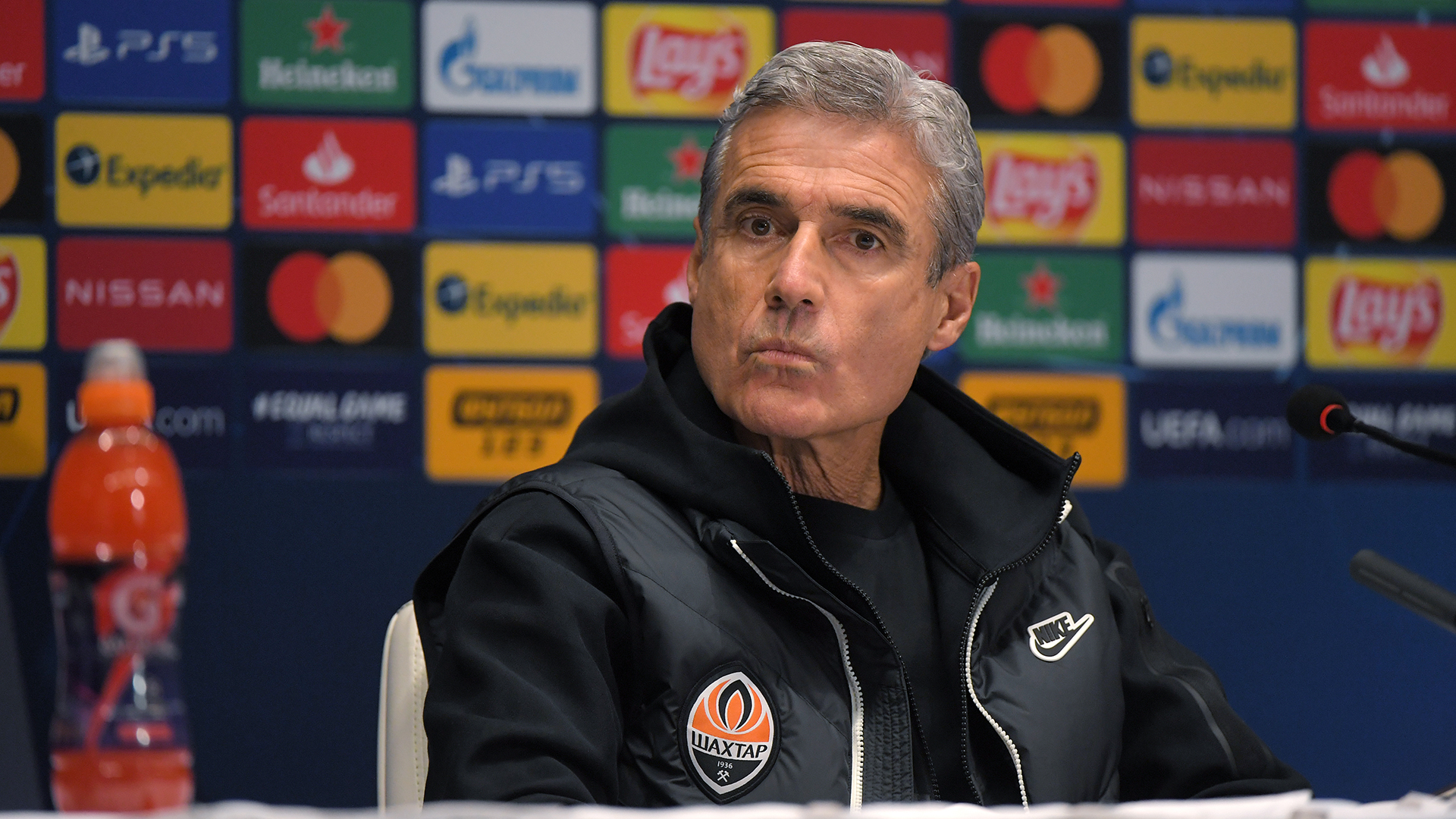 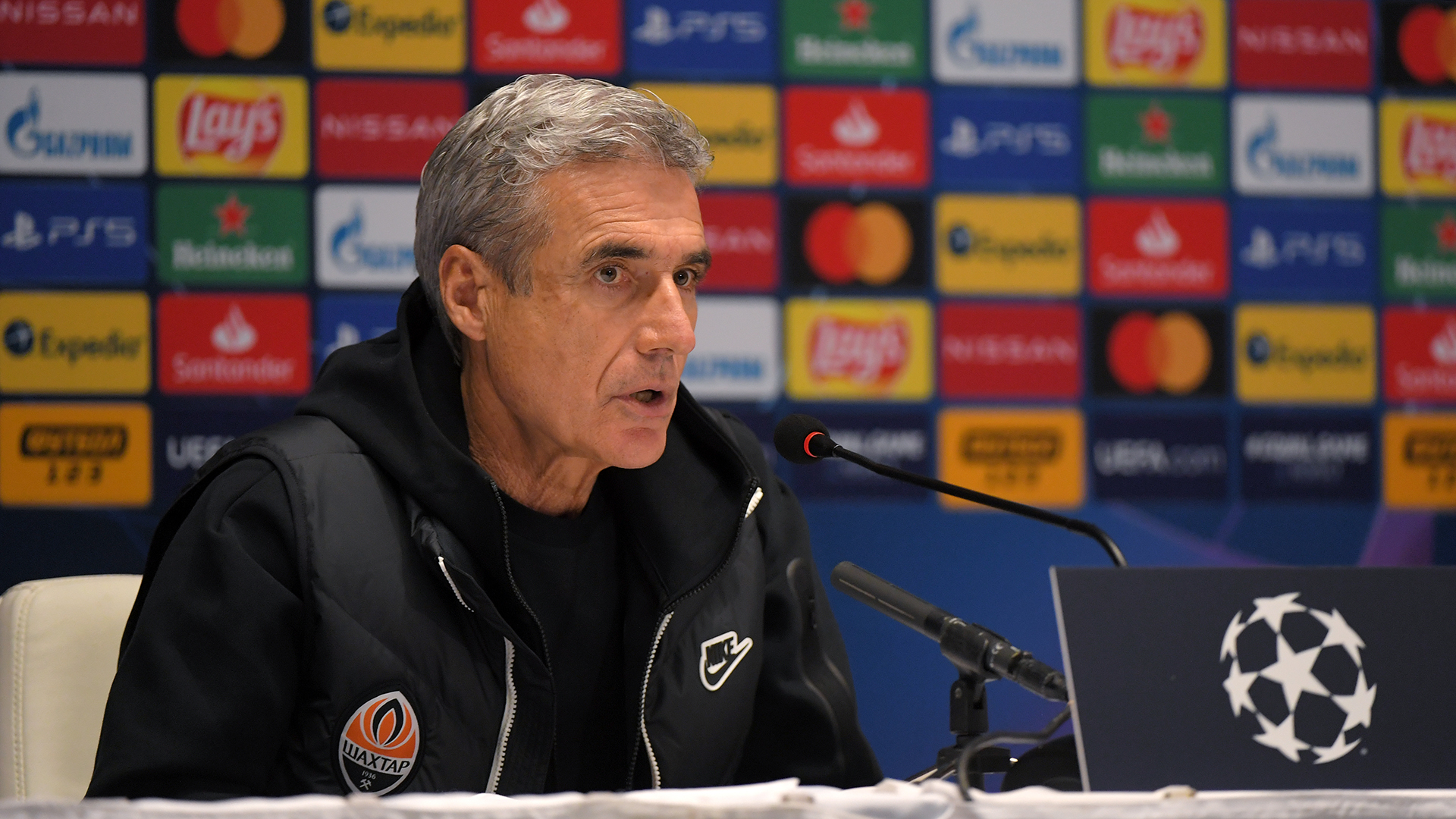 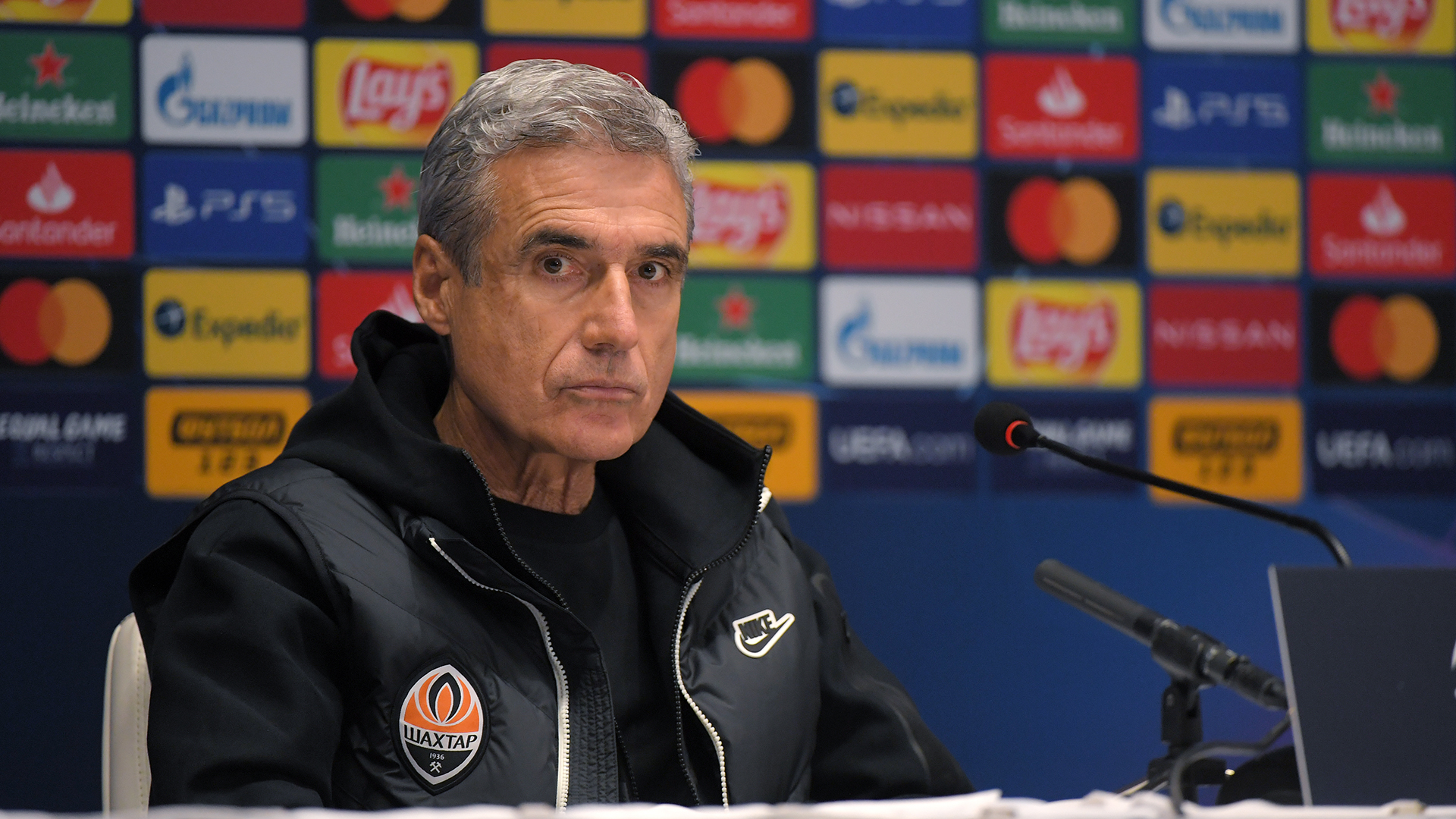 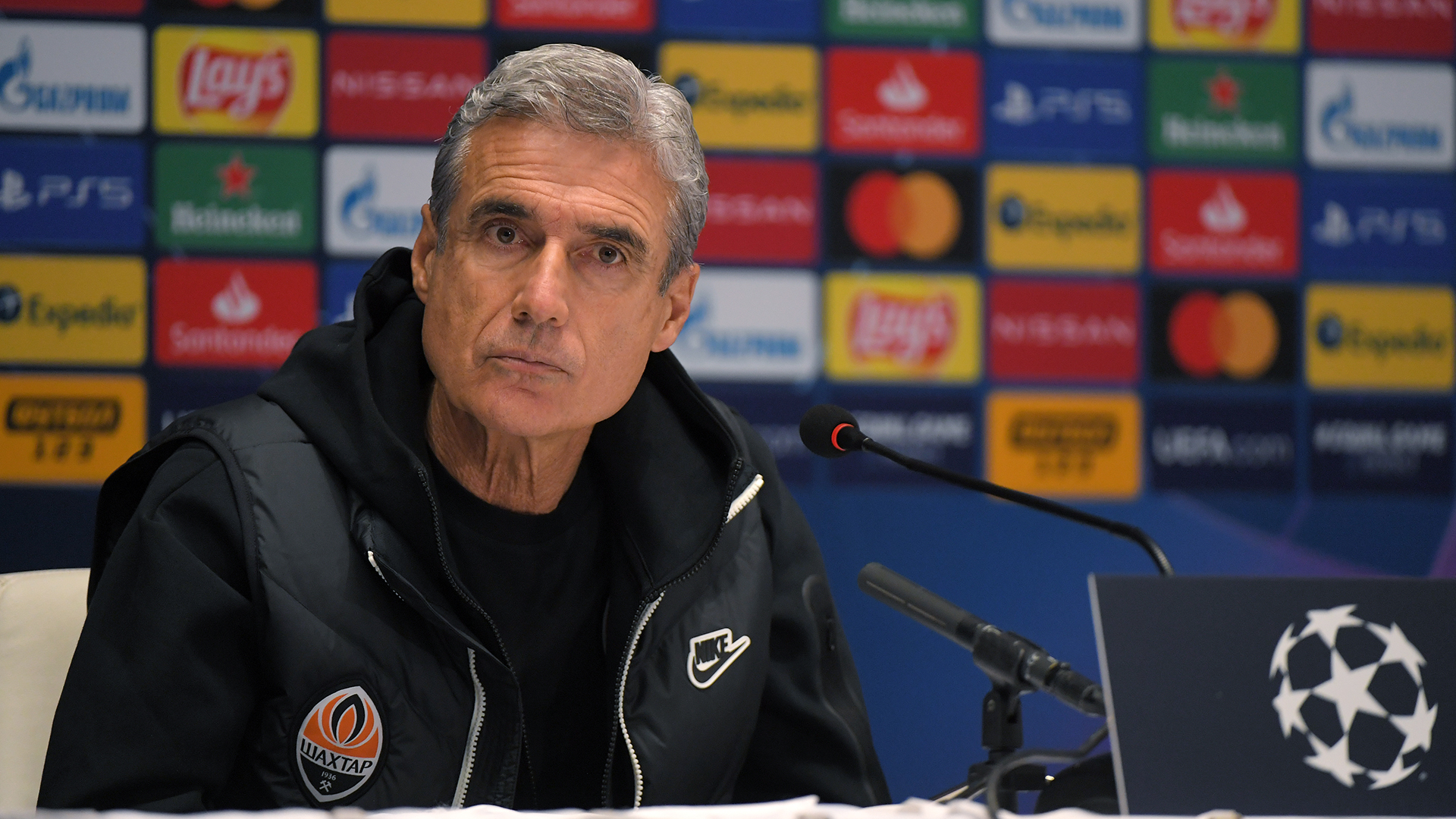 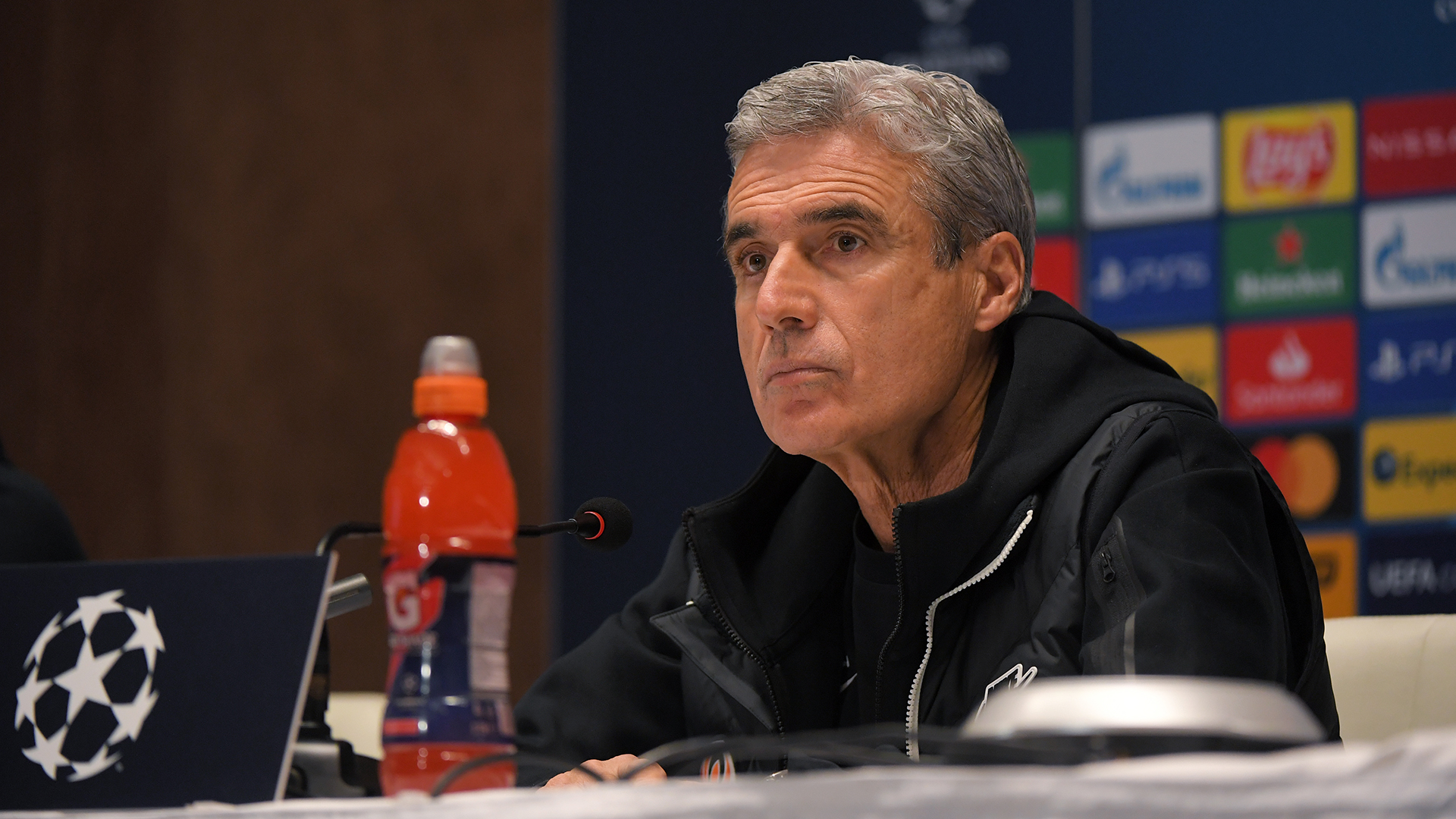 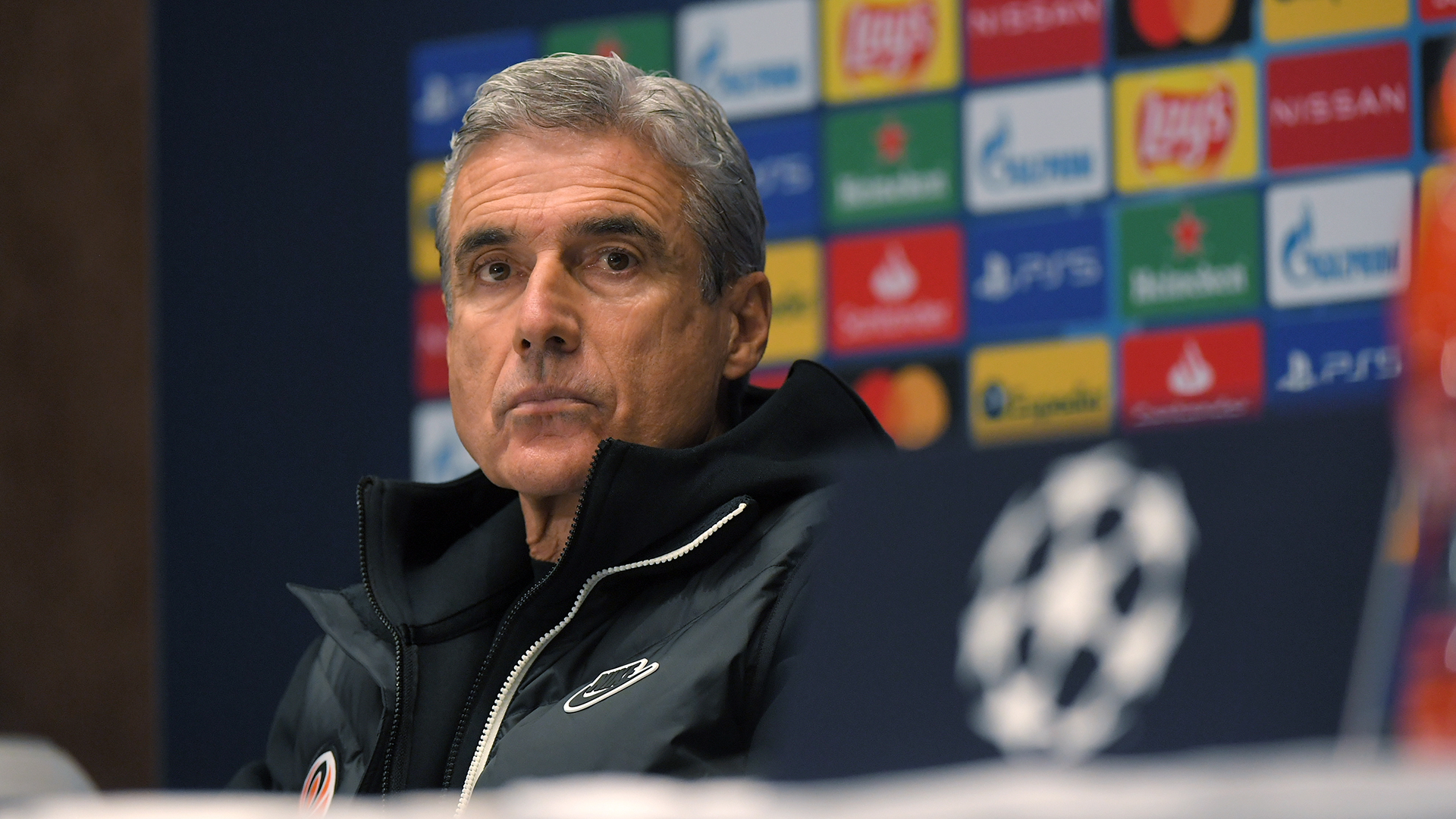 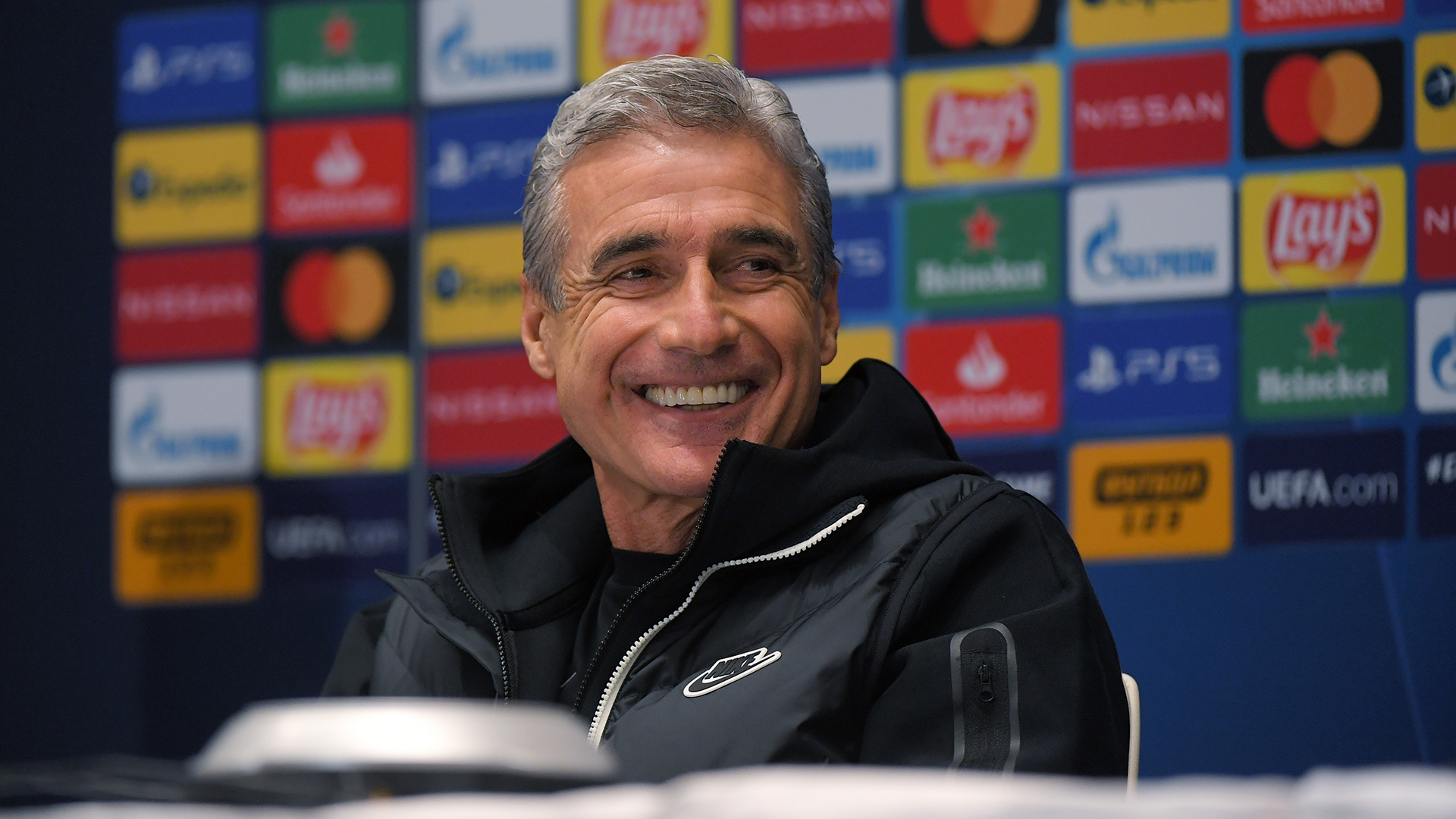 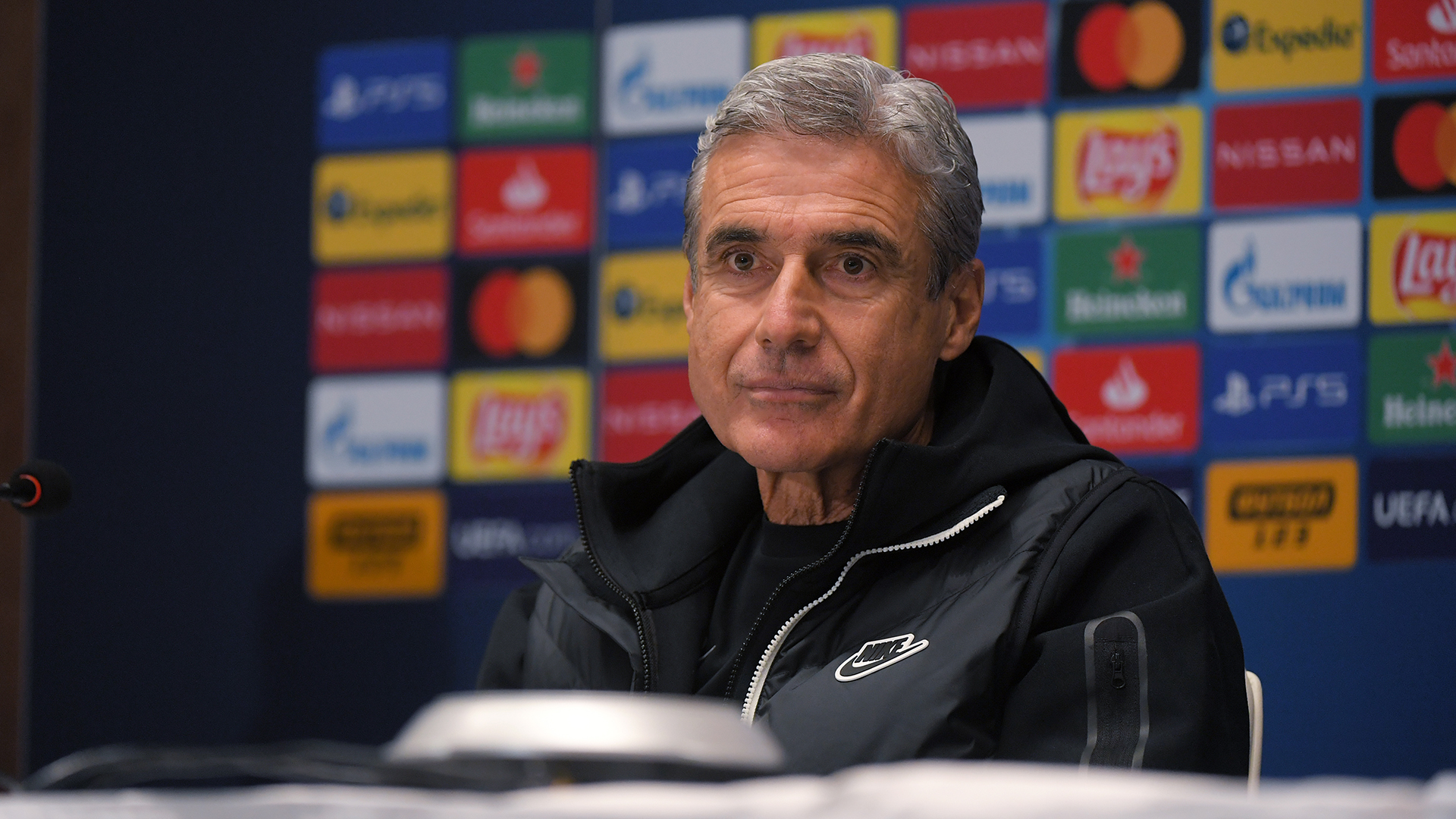 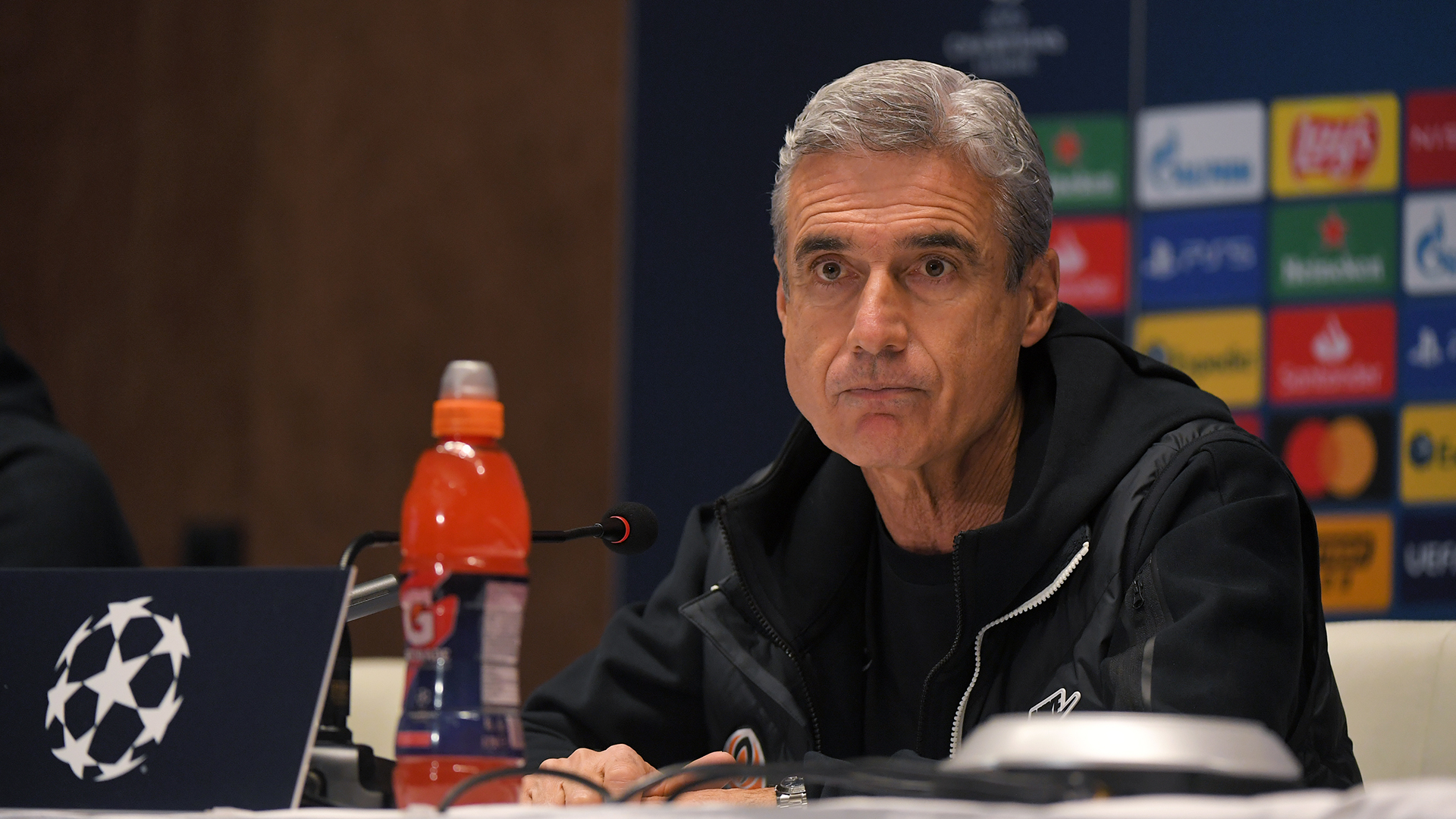 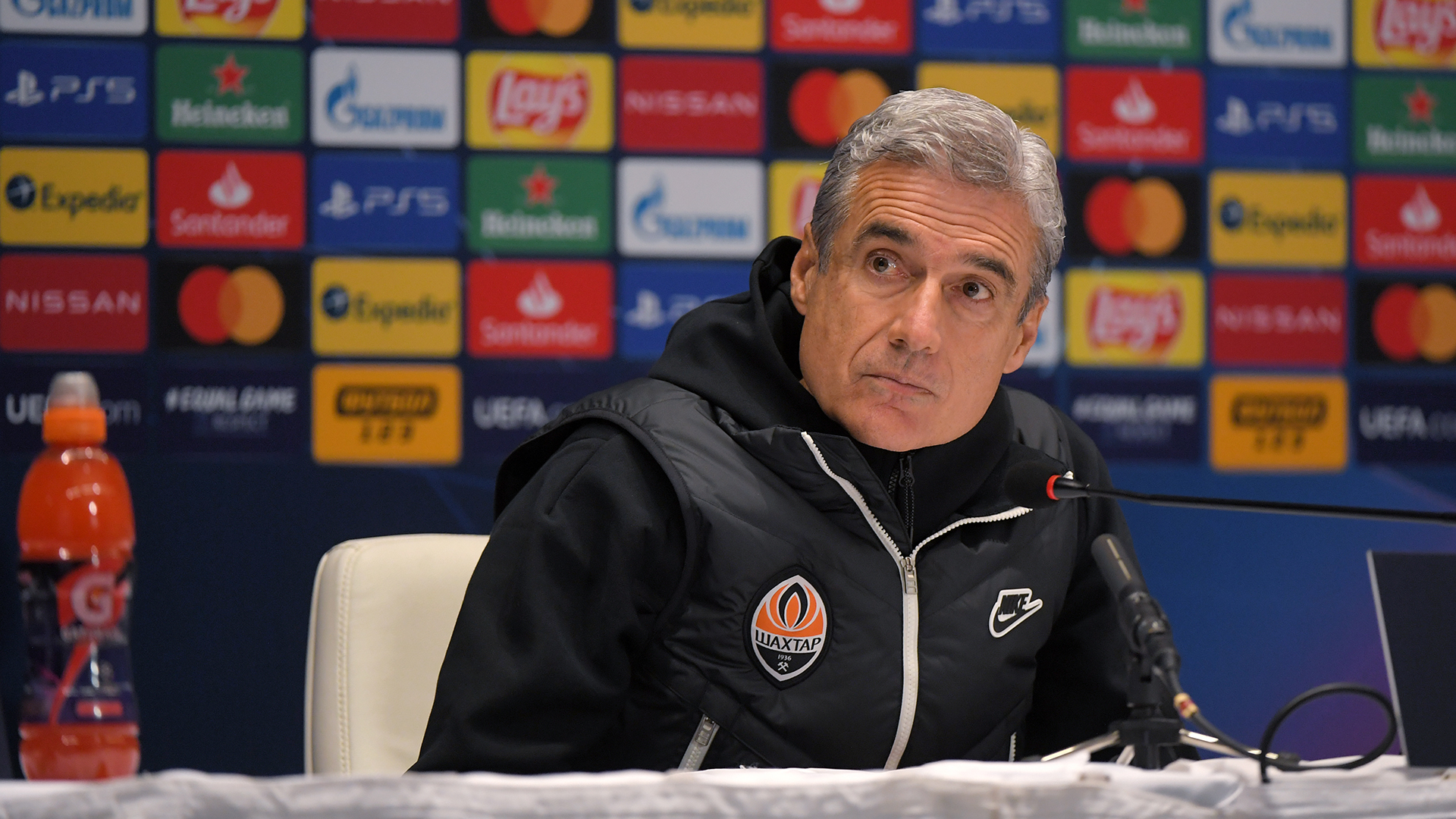 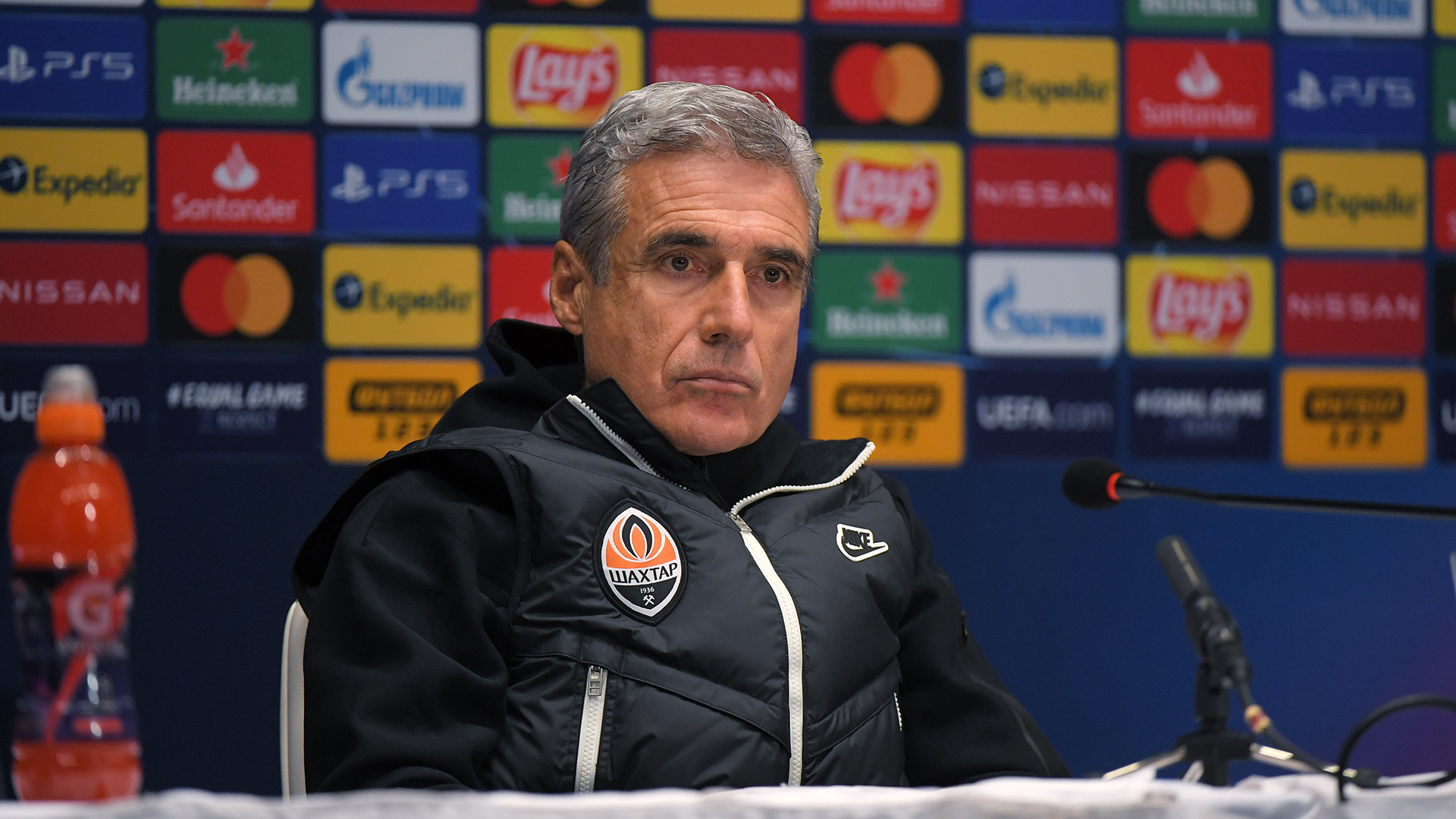