Shakhtar in the Cup finals

Dynamo Kyiv and Shakhtar Donetsk will lock horns for the trophy. The game kicks off at 20:30. Ahead of the meeting, we recall Shakhtar’s previous cup finals.

On 26 May 1995, Volodymyr Salkov’s Shakhtar met with Dnipro. Bernd Stange’s men, being considered the final favourites, took the lead midway through the first half, but in the 78th minute, Petrov scored a goal off Atelkin’s back to make it 1-1. Everything was decided in a penalty shootout, with Shutkov being close to making saves, finally stopping the seventh shot by Finkel – 7-6. 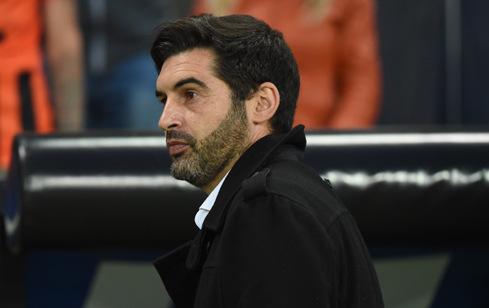 Paulo Fonseca, head coach: Regardless of the previous outcomes, we are always very motivated in the games vs Dynamo. Our showdown is surrounded by some great interest, with the footballers, fans and the press looking forward to it
The most prolific

The Miners approached the encounter with Dynamo in 2002 as the triple Cup winners. That final at the NSC Olympiyskyi was the most attended to date (81,000). Popov’s early goal was responded by the precision shots by Belkevych and Shatskykh, with Atelkin bringing the game into extra time, when Vorobei netted a golden goal to make it 3-2. 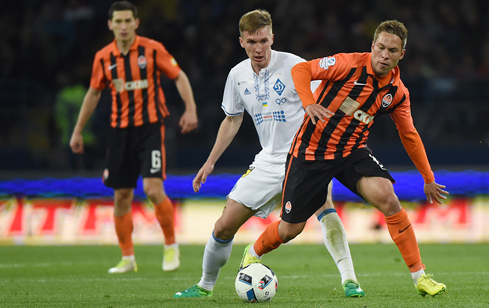 Marlos, midfielder: Hopefully, we’ll deliver some great performance. We need to adapt to Dynamo’s style – in the last match against us, the Kyiv team competently parked the bus, marking us closely. I believe that we will display the football Shakhtar can play, that we will be watchful from the first to the last minute and that the Ukrainian Cup will be in our hands
The Epoch of Lucescu

Mircea Lucescu (11) is the record holder among Shakhtar's coaches for the number of finals. Under his leadership, the Orange-and-Blacks raised 6 Ukrainian Cups (2 victories over Dynamo, 1 over Dnipro, Metalurh Donetsk, Chornomorets and Zorya).

Two Shakhtar players managed to grab braces in the cup finals. Serhii Atelkin was the first one to do so in 2001 vs CSKA Kyiv (2-1) in the 80th and 119th minutes. 15 years later, Oleksandr Gladkyy's double brought the Miners success in the decider vs Zorya.

The Donetsk men met most often in the finals with Dynamo (9 times), three times with Dnipro (3 wins), and once with CSKA, Vorskla, Metalurh, Chornomorets and Zorya.