September 27, Kharkiv, OSK Metalist, 19:00 Live broadcast on Futbol 1   Before the match   Shakhtar are topping the league with the 100% record: 24 points in 8 rounds. The champions are 10 points ahead of Desna and Dynamo. After a hard-fought away victory over Desna, the team got a day off, and then proceeded to the focussed preparation for the match against Vorskla, with the main goal of claiming the maximum result and retaining the gap between them and the pursuers. Only after the game, the Orange-and-Blacks will be able to switch their thoughts to the Champions League: next Tuesday, Luis Castro’s men will play Atalanta in Milan. Tickets for the Shakhtar vs Vorskla match can be purchased at the box office of OSK Metallist and online at shakhtar.com. Opponents   After suffering two defeats at the hands of Zorya and Desna at the start of the season, Vorskla enjoyed a successful run in three subsequent rounds: victories over Lviv (3-2), Kolos (3-0), and a draw vs Dnipro-1 (1-1). In those matches, 2 goals were scored by Edin Sehic, Yurii Kolomoyets, and Ihor Perduta netted a goal each. However, later the team suffered consecutive defeats at the hands of Karpaty and Dynamo, currently sitting in the 10th spot. Along with Lviv and Olimpik, the Poltava side conceded 14 goals.   For the former player of Dynamo Kyiv and Ukraine Vitalii Kosovskyi, this is the first season in the manager role. He took charge of Vorskla in March and finished the last league season as a caretaker coach, being appointed as manager in the summer. With him at the helm, the percentage of long balls and average shooting range slightly decreased (17 metres). By the way, the Poltava team have been consistently making 10 or more attempts at goal in 90 minutes.   Under the leadership of Kosovskyi, 5 of the 7 newcomers to the club made their debut: Volodymyr Bayenko became the main defender, the Brazilian Luizao took a place in midfield, the striker Rubin Khebaj comes on as a sub player, the midfielder Pape-Alioune Ndiaye appeared at the end of the match against Karpaty. The goalkeeper Danylo Kanevtsev appeared vs Dynamo from the off, leaving the pitch in the first half after suffering an injury. At the same time, Zurab Ochigava played only for the U21 team, while the former defender of Barcelona U21 and Liverpool U21 Juanma Garcia is just rediscovering his top form individually.

Shakhtar had 48 meetings with Vorskla: 37 wins, 9 draws, and 2 losses, with 99 goals scored and 28 goals conceded. The Poltava team have never defeated Shakhtar away.

Last year, the teams locked horns twice at the first UPL stage. Having defeated the opponents in Kharkiv 4-1 in November, the Miners took away 3 points from Poltava. In the 19th minute, Wellington Nem used his chance after being fed by Taison, and in the 41st minute Maicon bundled a free-kick into the back of the net, making it 2-0. Vorskla had the opportunity to reduce deficit after the break, but Pyatov parried away the attempts by Kolomoyets and Sakiv. 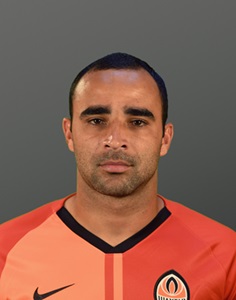