In the previous round, Shakhtar lost their league title after losing in Oleksandriia, currently competing for the second spot and going four points clear of Zorya three rounds away from the season end. The Miners are facing the games vs Dnipro-1, Minaj and Inhulets, while the Luhansk team will take on Minaj, Dnipro-1 and Oleksandriia.

Before the upcoming game, the Orange-and-Blacks have many injured players (Ismaily, Konoplyanka, Bondar, Moraes and Marlos have been mentioned by the team’s head coach Luis Castro recently), but at the same time Matviienko and Maycon are back after serving suspensions. You can see everyone to have trained in the general group on the eve of the match vs Dnipro-1 in our photo gallery.

The return of spectators into the stands of NSC Olimpiyskiy can be surely considered to be a major event. Buy tickets for the match Shakhtar vs Dnipro-1 match in any preferred way and support the Miners if you happen to be in Kyiv that day. Tickets are priced from UAH 50.

Dnipro-1 and Oleksandriya are the middle teams in the Premier League table, occupying neighbouring places there. The teams are even on points (29), having the same number of wins, draws, defeats and a zero difference between the numbers of goals scored and conceded. Dnipro have very slim chances to climb above the 7th position as they are separated by seven points with Desna. But in any case, Igor Jovicevic's men will have a challenging ending to the season since in 10 matches the team suffered only 1 defeat this spring (vs Dynamo) and are highly likely aiming at not getting stuck in the 10 days remaining until the season end.

In the UPL, Shakhtar won three out of three games against Dnipro-1 with an aggregate goal difference of 7-1. The scorelines were 2-0, 4-1 and 1-0. 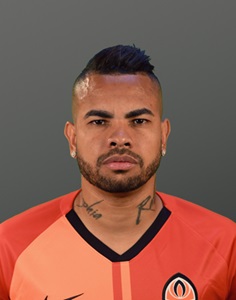