April 3, Oleksandriia, Nika, 17:00 Live broadcast on Futbol 1 channel Before the game The Ukrainian Championship resumes after a fortnight’s break. The Premier League stage two is about to kick off, in which the Orange-and-Blacks are facing 10 decisive title race fixtures. On Wednesday, the first and third best teams in the league table will meet at the Nika stadium. Opponents Oleksandriia are major contenders for the bronze medals, as evidenced by the nine-point gap between them and Zorya. The same number of points separates Volodymyr Sharan’s men from the second-spot Dynamo. The Oleksandria outfit finished two previous home games vs Mariupol and Olimpik with the score of 1-1. Aggregately with the defeats at the hands of Lviv and Shakhtar, they have had a four-game winless run that was interrupted by the win vs Chornomorets in the past round. In Odesa on March 16, a brace by Artem Sitalo and a goal by Vladyslav Babohlo secured a 3-0 victory. The lack of match practice during the break was compensated for by two friendly games. On March 24, they managed to defeat the U21 team through the only goal by Andrii Zaporozhan; and on March 27, they defeated Kremen 3-1 (Kyrylo Kovalets, Dmytro Hrechyshkin and the same Zaporozhan scored the goals, with the last two goals netted from the spot). Head-to-head record The teams have met 16 times in the Championship: 14 wins by Shakhtar, 1 win by Oleksandriia, and 1 draw. The goal difference is 33–11. The Miners won 7 games of 8, with the aggregate goal difference of 16–8. Previous league meeting Just over a month ago, the opponents locked horns in Kharkiv. On February 25, Shakhtar proved stronger through the goals by Marlos and Junior Moraes in the first half (2-0). In the second half, both sides had their chances, but Pankiv and Pyatov did their job well, with Bolbat backing the keeper on one more occasion. 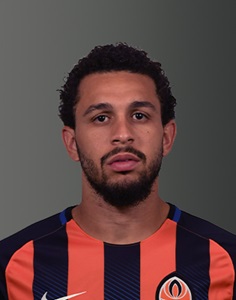