In 2019, Shakhtar secured a Golden Double for the third consecutive year. The league title is the 12th in the club’s history, with the Miners raising the Ukrainian Cup for the 13th time and updating the national record. Over three years under Paulo Fonseca, the team have won seven trophies.

In the summer, a Portuguese Luis Castro took charge of Shakhtar as manager. The two-year deal entered into force on June 12. Castro is the 33rd coach in the club’s history. The coaching staff of Luis includes his compatriots Vitor Severino, Joao Brandao, Filipe Celikkaya, Antonio Ferreira, and Jose Costa. 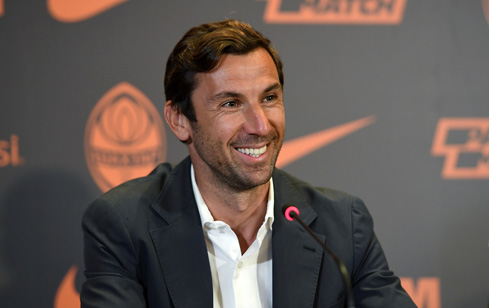 Darijo Srna: “I’m back home”
The return of Srna

On June 21, during the presentation of Luis Castro, Darijo Srna was announced to be rejoining Shakhtar. The former Shakhtar captain and record-holder for the number of appearances (536) has joined the new coaching staff as assistant manager. Srna described this step in his life and career in an absolutely simple and eloquent way: "I’m back home."

The club made a number of acquisitions in the transfer market, strengthening the squad and competition in several roles. The team was joined by the young Brazilians Tete and Marcos Antonio, the Israeli Manor Solomon, the Ukrainians Yevhen Konoplyanka and Danylo Sikan. Also, Dodo was back from his loan spell at Vitoria Guimaraes managed by Luis Castro.

Shakhtar left for the winter break still as champions, being 14 points clear of Dynamo. In 18 games, the Miners scored 50 goals. Over the year, the team did not suffer a single league defeat - their unbeaten run has been lasting since August 2018, involving 47 matches. 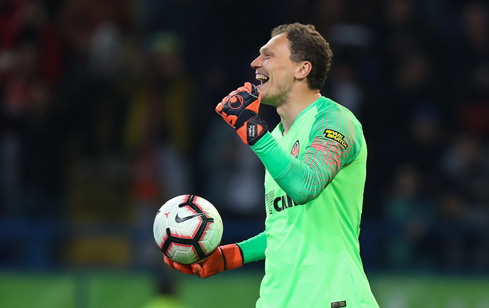 In late December, according to a major poll, fans named Andriy Pyatov the best player
Pyatov is Player of the Year

Goalkeeper Andriy Pyatov spent a great year with Shakhtar and the national team of Ukraine. Being the most experienced footballer in the current orange-black squad, in November he was among the club’s top three players for the number of apps in history (449). Symbolically, Pyatov kept 19 clean sheets in 2019. And in late December, according to a major poll, fans named Andriy the best player.

Shakhtar have been appearing this season in a new home kit. The shirt design was inspired by the legendary colours in which Shakhtar won the UEFA Cup 10 years ago. The outfit features different shades of orange as a tribute to the club’s biggest achievement in the European arena.

Shakhtar Social’s Come On, Let’s Play! project continued expanding its presence to appear in new places. In total, over 4,500 children have been involved in the project now. Boys and girls aged 7 to 12 in different locations, have the opportunity to play football for free with coaches at modern grounds. In November, in Barcelona, the Come On, Let’s Play! was recognised as the best CSR project in Europe in 2019; in December, it also won an international competition and received a UN award. 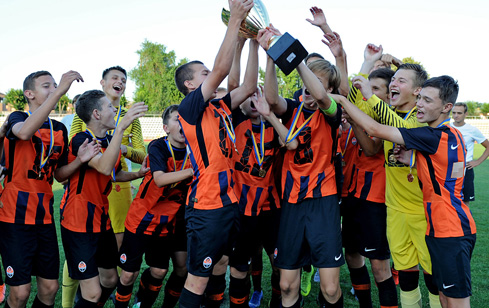 For the first time ever, all four Shakhtar Academy teams (U14, U15, U16, U17) became DUFL champions the same year
Academy triumph

For the first time ever, all four Shakhtar Academy teams (U14, U15, U16, U17) became DUFL champions the same year. Henadii Zubov, Oleksandr Alimov, Oscar Ratulutra, Dmytro Yefymov, and Stanyslav Dyachenko have been working at the Shakhtar Academy for many years and already achieved success with their players, while Oleksandr Sytnyk, Oleksandr Maksymov, and Volodymyr Samborskyi have won the season with the Miners for the first time.

Another significant event of the year is the victory of Ukraine U20 in the FIFA U20 World Cup. Shakhtar footballers Valerii Bondar, Viktor Korniienko, Yukhym Konoplia, Maksym Chekh, Oleksii Kaschuk, and Danylo Sikan were key performers in the team, with each of them receiving a memorable personalized gift from the club - the crossed mining hammers.